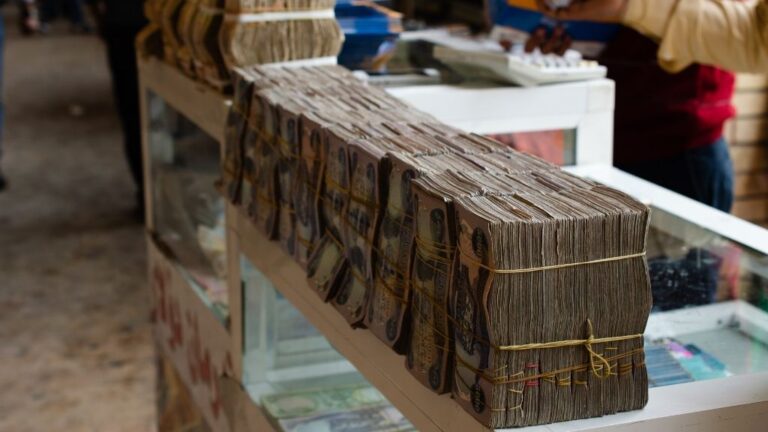 The outlook for the world economy 2021 and beyond was recently described by Kristalina Georgieva, CEO of it International Monetary Fund (IMF), in a Call with the American think tank Council on Foreign Relations. Georgieva pointed to the gloomy situation for low- and middle-income countries, where the pandemic combined with the shrinking economy has strained the already fragile economies of these countries and forced them to go into debt, either through the IMF or international creditors.

- At present, we are facing a turning point, the future is both promising and dangerous, says Georgieva.

She says the world needs to get ready for that debt crisis which is expected to come for emerging and developing countries. Now that the recovery in high-income countries is picking up speed and their economies have started to grow again, it can bring benefits to low- and middle-income countries, for example through increased trade.

A potential danger that could trigger the debt crisis, according to Georgieva, is that the strong recovery could raise fears of inflation, and this fear could lead to hasty decisions such as high-income central banks raising interest rates in an attempt to curb alleged rising inflation. . Such an increase in interest rates would lead to economic austerity and huge capital outflows from low- and middle-income countries to high-income countries.

Even if a debt crisis does not occur and the capital flight is only minimal the IMF predicts that the economies of developing countries, due Covid-19, on average, will be 4 percent less in 2024 than they were before the pandemic. IN Latin America the decrease is expected to be over 6 percent and in Asia (China excluded) 8 percent.

The IMF also suggests that low- and middle-income countries would need spend around 200 billion over a five-year period to combat the pandemic, and then another 250 billion to reduce poverty and catch up with the other countries.

SDRs are international foreign exchange reserves created by the IMF and which can be bought and sold as ordinary currencies. According to their advocates such as Georgieva, the use of SDRs, for example, would provide the necessary liquidity to affected countries and be a good way to support their economies without increasing their debt burdens. But for the proposal to pass, it needs to be approved by 85 percent of the IMF's governors' board, where each member of the IMF has a representative. The United States has previously been critical of the proposal but the new one Biden-the administration generally seems more positive about the proposal then Janet Yellen, the current US Treasury Secretary, is a strong supporter of the proposal. According to Yellen, an allocation of new SDRs would:

Increase liquidity for low-income countries to facilitate their much-needed efforts for health and economic recovery.

Another organization that has written a lot about SDR is Eurodad (European Network on Debt and Development), a research network that works with issues of debt, development finance and poverty reduction. In a recently published article they emphasize the importance of issuing SDRs but believe that the sum is too small to really make a difference for the poorest countries.

As the world economy has suffered some major setbacks: the global poverty has increased for the first time in 20 years, less and less jobs are being created and the few that exist created at a slower pace and it global inequality is still high and on the rise - more vigorous action is needed on the part of the IMF and the G20 countries to deal with the problem.

250 civil society organizations around the world urges in a letter IMF and G20 to support a larger allocation of SDRs, close to 3 trillion than the IMF's original 650 billion, to help countries recover from the covid-19 crisis. The letter concludes by lamenting the lack of international coordination in dealing with the crisis:

- A new SDR award would send a strong signal of renewed international coordination that puts life first. We demand your leadership in ensuring that the international community rises before this historic moment to do what is needed.

It remains to be seen how much SDR allocation will be decided, but the IMF expects approval to take place in August, which means that IMF member states will not be granted SDRs until August or later in September.