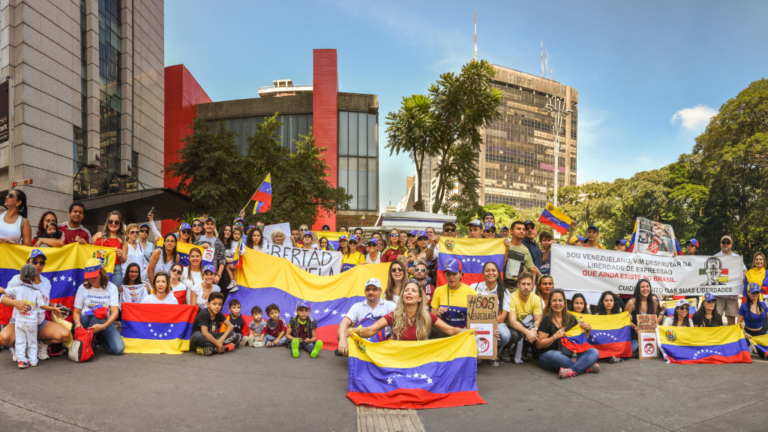 - I don't think people understand how bad the crisis in Venezuela is, says León Poblete, researcher in economics at Uppsala University.

- We slept under a blanket covered in ice and held each other to keep warm. We had to put our bags as pillows to prevent being robbed at night, says Francisco for the United Nations.

After a long flight from his native Venezuela, he and his family finally arrived in the chilly city of Iquique, located along the northern coast of Chile. At first they were forced to sleep on the streets, but then they were given shelter in a refugee camp organized by the International Organization for Migration (IOM).

Francisco and his family are just some of those around two millions Venezuelans estimated to have left their homeland this year. Since 2014 has over seven million Venezuelans refugees and migrants have left the country due to hyperinflation and political repression. It is the biggest the refugee and migrant crisis in modern American history and on and discover the beginning of your nextn as many people who have fled Ukraine this year.

Men the outside world's response to the two crises is very various. So far this year has only 16 percent of the $1,79 million which The UN and several aid organizations have identified needed for food, schooling and like that for Venezuelans collected. This is in contrast to the refugee crisis in Ukraine where the whole 71 percent of the corresponding $1,85 billion action plan has already been funded.

One explanation for this is that aid is given as long as crises are visible in the media, says Ashok Swain, professor and head of department for the department of peace and conflict research at Uppsala University.

- When the media attention disappears, so does the public's sympathy and pressure on politicians to act, he says.

But the crisis in Venezuela has always been underfunded, even when it was more covered by the media. For example received the relief effort in 2019 only about half of the resources that were requested - despite media reporting on the situation in the country during the large protests against the country's dictator Nicolás Maduro re-instated as president.

Another explanation is that Venezuelan refugees do not come here like refugees from Ukraine do, which means that we do not feel the crisis in the same way, says León Poblete, researcher in economics at Uppsala University. He himself comes from Venezuela and has worked with Sweden's government to increase commitment to the crisis in the country.

- Since it is often countries in the West that have the resources to provide aid, I think the geographical distance has been a problem, he says.

- If the refugee crisis is closer to Europe, not only geographically but also culturally and ethnically, then people feel an easier identification - as Europeans feel about Ukraine. We don't see the same sympathy when the refugees come from other parts of the world, he says.

Another theory as to why the crisis in Venezuela is receiving less resources than the one in Ukraine is that the Venezuelan crisis has not been caused by a war. IN instead a depends on the crisis political repression and hyperinflation in the country as a result of large international debts, tight government control over the economy and an oil export dependence that was disrupted by lower prices in 2014. The consequences were huge price increases that have caused at least every third Venezuelan i day cannot afford a secure access to food. The situation is also difficult to change because journalists and opponents of the country's president Nicolás Maduro are exposed violence and arrests.

- I don't think people understand how bad the crisis in Venezuela is. People think that a crisis presupposes a war. But Venezuela has lost 85 percent of its GDP, which is as big a macroeconomic impact as in war-torn countries, says León Poblete.

The international underfunding complicates aid efforts for Venezuelan refugees and migrants, say several aid workers. This in turn leads to increased poverty and social vulnerability, but also to problems with ignorance in humanitarian work.

- The work often becomes dependent on volunteers because there are no resources to hire competent staff, says Jhonny Talavera Salvatore, an aid worker for the Pan American Health Organization in the Venezuelan capital, Caracas.

Most Venezuelans also flee and emigrate to neighboring countries Colombia, which already has many internally displaced people due to long-term national conflicts. 4,83 million people in Colombia need food, healthcare and other necessities. Of these are about a fifth Colombians themselves, but not even half of all who need help has been reached.

León Poblete believes that we must get more involved and increase support for Venezuela.

- Just because there are other crises does not mean that you have to deprioritize others, he says.

Vilma Ellemark has a bachelor's degree in political science and is non-profit active in FUF: s editorial office. 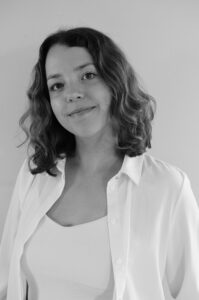