The 2030 agenda for sustainable development includes 17 goals and 169 targets with a diverse focus on a wide range of global issues such as poverty, education, health, and climate change. This makes them seem like a comprehensive and a universal framework that all countries can follow. However, they have been widely contested by various scholars.

To put it into context, the idea of ​​development itself has always been subject to critique related to its universality and its relevance in various local communities. The Colombian anthropologist Arturo Escobar argues that mainstream development is a top-down process done by experts who ignore the local contexts. Accordingly, the SDGs could also be perceived as a universal top-down plan prescribing how development should be done.

The famous saying “Think globally act locally” could offer an easy answer to this dilemma. However, social reality is much more complex and sometimes we need to think locally. To illustrate, take SDG4 on quality education. This year the pandemic has transformed education by relying heavily on digital platforms. According to the UN, half of the world's population is excluded from digitalization and they lack access to the internet. This means that the achievement of this goal is tied to other conditions that might differ locally. Thus, local communities need to adopt strategies suitable for their own context.

Is there a way out?

The UN has created an online platform called Local2030 that aims at localizing the SDGs. The platform offers tools to scale down the goals to be applicable and feasible on local levels. This initiative brings together other UN agencies, donors, philanthropies and research think tanks. It also creates regional and national action hubs. Some hubs are created on the city level, targeting local needs such as Malmö Local Ocean Action Hub. This hub focuses solely on the coastal environment and marine life in Malmö.

Moreover, some countries have already created their own 2030 agendas to address local needs and aspirations. For example, Egypt has created the Egypt 2030 vision through a participatory approach that involved various stakeholders. The plane has three dimensions; economic, social, and environmental. It includes eight objectives addressing pressing local needs such as justice, social inclusion, innovation and moving towards a diversified economy.

The SDGs could still be a useful global framework that inspires stakeholders, mobilizes resources and creates a sense of direction, but it is difficult to assume that all local communities will catch up and that all countries will have the same priorities following the exact same UN indicators .

Ghadeer is an Egyptian development practitioner and researcher. She is currently a master's student in Development studies at Lund university. She is interested in exploring the intersections between culture and development. 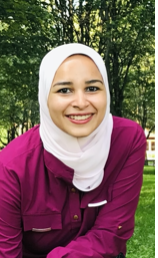