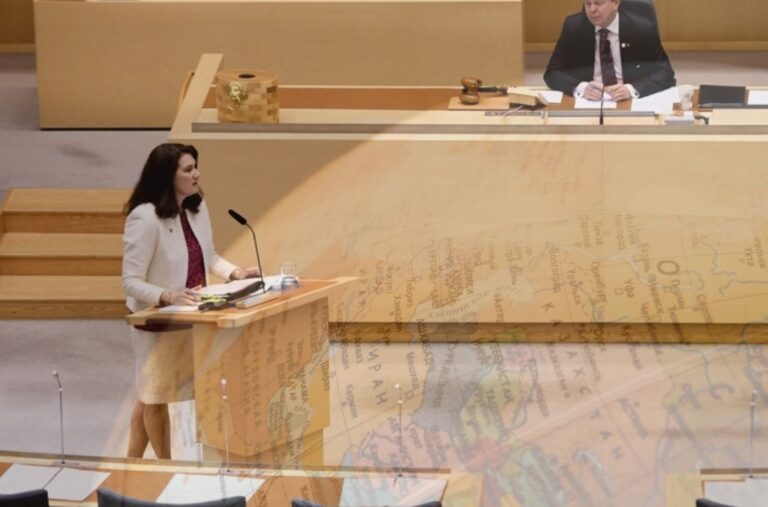 Prior to the announcement of the government's foreign declaration, Håkan Svenneling, foreign policy spokesman for the Left Party, argued that increased equality must be a priority goal in Swedish foreign policy. With ten years left until Agenda 2030 is to be fulfilled, the government must make increased efforts to reduce inequality.

The editorial staff at Dagens Nyheter also comments on the foreign declaration by stating that there finally seems to be a broad consensus in the Riksdag on Swedish foreign policy. The common image of international insecurity means that security policy clearly shapes foreign policy. Expressen is also encouraged that security policy characterizes Foreign Minister Linde's foreign policy. The new foreign declaration is described as "firm and rational" and as a "sobriety in a world increasingly marked by the geopolitical power measurements of the great powers."

"It is excellent that Ann Linde strives to pursue a foreign policy based on Sweden's national interests, rather than blushing idealism." writes the editorial staff.

“When the Swede reduces foreign flights, buys Swedish food with lower emissions than imported or buys more sustainable gadgets, it does not affect the fulfillment of Swedish climate goals. Today's climate goal is about reducing emissions in Swedish production and transport within the country, ”the organizations write.

An end date is needed for the assistance
Barbro Hedvall, Today's news

"Equality must be given higher priority in Swedish foreign policy."
Håkan Svenneling, Svd.

There is a new sheriff at the Ministry of Foreign Affairs - thank goodness
The editorial staff, Expressen

UR is doing China another favor by not acknowledging the mistake
Amanda Sokolnicki, Dagens Nyheter