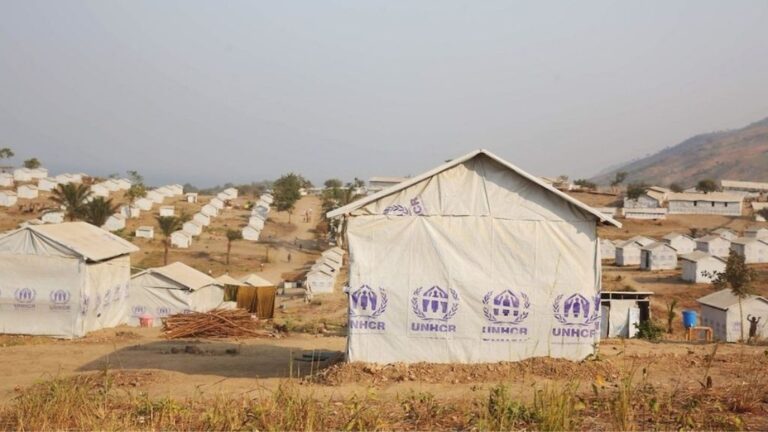 Sub-Saharan Africa is an area where a large number of people live on the run in their home countries, especially when it comes to those who have been forced to flee their homes due to violence and conflict. IDMC turns on 2020 report although this area was once again the region with the most internally displaced people as a result of violence and conflicts, as the figure is estimated to be around 19.2 million at the end of 2019.

This was not only the highest figure ever for the region, but also the highest in the world. In 2019, the region also accounted for more than half of the new movements globally and the situation is not expected to have improved during 2020. Instead, the past year has seen a serious increase in internal displacement, reports IDMC.

The first six months of 2020 critical

During the first half of last year, violence increased drastically in several countries. The half-year figures for Cameroon, Mozambique, Niger and Somalia stand out a little extra, as the number of internally displaced persons already exceeds the total figure for the whole of 2019. If these trends continue throughout the year, many countries will experience figures higher than the year before according to IDMC.

- The shocking figures recorded during the first six months of the year show the constant instability when it comes to internal relocation worldwide, says IDMC's director Alexandra Bilak.

Extremism is one of the reasons for increased violence

Characteristic of the conflicts in this region is that the majority are internal conflicts. Many of the conflicts have also been going on for a very long time, sometimes for several years, but there are also new ones.

En increase in violence and poorer security conditions in recent years has forced people to flee, especially in the countries of Burkina Faso, Mali and Niger. Ongoing conflicts continue to drive people into exile in both Somalia and South Sudan. According to the IDMC, armed conflicts generate the most internally displaced persons, followed by conflicts between different ethnic groups. Some people have also been forced to flee due to political violence and violence in criminal circles.

In recent years, extremism has also been a major cause of people being evicted from their homes. An increase in jihadist militias and an increase in attacks, especially in the Sahel region, have forced many people to flee. Mali, Burkina Faso and Niger are particularly hard hit. Among other things, the groups take advantage of local conflicts, which has helped the extremist forces to expand and recruit.

The violence continues into the new year

In January this year, major violence erupted in Darfur in western Sudan, forcing more people to flee their homes for three days than in the whole of 2020. This is the highest number of internally displaced people in a six-year conflict in Sudan, and the number continues to increase, reports IDMC. The reason for the violence is said to be attacks between different armed groups in the country.

"Darfur is about to fall back into conflict," he said IDMC Director Bilak, and given the long history of protracted displacement in Sudan, there is little hope that the displaced people will be able to return home in the near future.

Anna Mattsson is a non-profit member of FUF's editorial staff