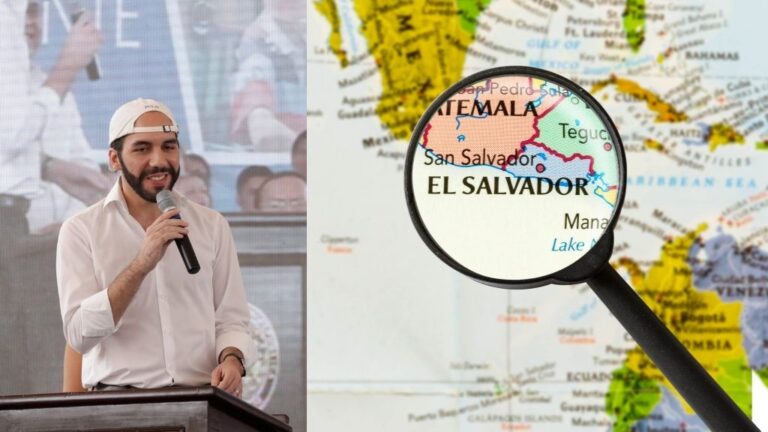 On the western side of the Central American region on the Pacific coast lies Central America's smallest country - El Salvador - or the "savior" as the name means in Spanish. There are certainly many who still associate the country with the bloody civil war that lasted throughout the 1980s and left a country in ruins. The causes of the civil war were based on dissatisfaction and protests against the uneven distribution of land in the country. 75 people were killed and an unknown number of people are still classified as missing. The conflict was characterized by American intervention and active support for the Salvadoran military regime against the then left-wing guerrilla FMLN. A couple of weeks ago a trial was launched against several Salvadoran officers which is said to have ordered the mass execution of hundreds of people on December 11, 1981. This has led many in the country to relive old memories when wounds reopen.

The country is now once again in the spotlight on several fronts as the immensely popular young and charismatic Nayib Bukele, and his party New Ideas, after his landslide victory in the last election 2019 have gradually begun to restructure the political government in the country. The too-casual and trendy president, who often wears a back-facing cap, has begun to show increasingly authoritarian sides which worries many and his rule has resulted in an almost complete renovation of the country held together by the 1992 peace agreement. with the last 30 years. But even though Bukele has in many ways succeeded in curbing these issues, other actions have aroused great dissatisfaction.

It was in early February last year that the military stormed parliament on the president's order before the president gave parliament an ultimatum: to approve a $ 109 million loan, or to be forced to return the following week for further votes - something that drew criticism. Bukele's methods have also been criticized in the handling of various shutdowns of the country. To a large extent, the military has been used in civilian matters - something like Human Rights Watch believes goes against the provisions made in the 1992 peace agreement.

When New Ideas won a clear victory in the parliamentary elections earlier this year, the party was able to recently voted to remove five of the country's judges from the Supreme Court and the country attorney general (corresponding to Sweden's Minister of Justice and Chief Prosecutor). The majority Bukele's party has means that in theory they can change the country's constitutions without being stopped by the political opposition. Many now see last week's parliamentary vote as a definite step towards an even more centered power where the presidency is in many ways similar to a dictatorial government.

The reactions from the outside world have not been long in coming. Both the human rights organization Human Rights Watch and the US Vice President Kamal Harris have expressed concern about the development that awaits with the asymmetric balance of power in the country.

- We are deeply concerned about democracy in El Salvador in light of the National Assembly's vote to remove judges from constitutional courts. An independent judiciary is crucial for creating a healthy democracy and a strong economy, says Kamala Harris on Twitter on May 3.

Bukele responded to these concerns via Twitter by preventing the international community from intervening in issues related to El Salvador's internal affairs because the country is right now. "cleaning the house”And he asks the outside world to leave the country in peace.

2019 was published a study by the V-Dem Institute at the University of Gothenburg on democratic decline and dictatorial political development - something the researchers call autocratization. The study shows that today's decline in democracy, unlike in previous decades, is happening at a slow pace and often goes relatively unnoticed. In the past, changes in governance have usually taken place through strong measures, for example through military coups or other explicit political measures, while now they take place at a longer pace, often over a longer period of time, in order to avoid national and international reactions.

Could Bukele's rise to power be one of these slow autocratizations, or is it a trend break we are witnessing? Regardless of the pace, it undeniably looks like El Salvador is approaching an increasingly authoritarian government, something that should be questioned internationally and also by Sweden. The beauty of the international community and the status of democracy lies in its power to divert autocratizations before they are completed.