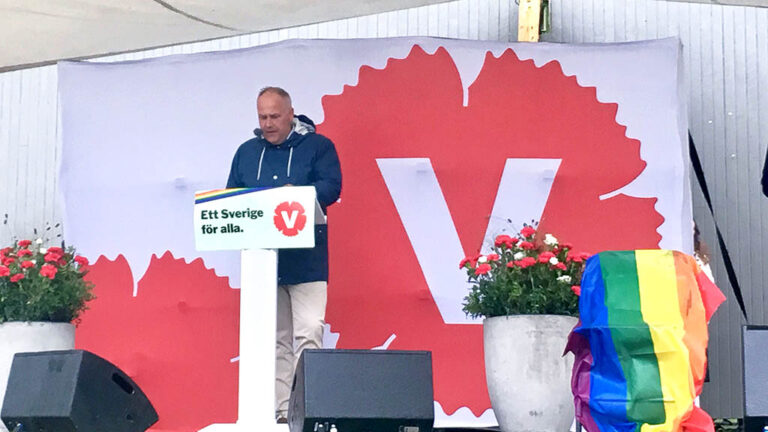 It was a rainy Almedalen when the Left Party's Jonas Sjöstedts gave his party leadership speech on Tuesday night. The speech was ideologically marked where class struggle rhetoric and criticism of capitalism were present. Recurring were social injustices, the importance of the labor movement and equal opportunities for children.

Jonas Sjöstedt had every opportunity to make connections to an international context. He spoke of increasing economic gaps and an economic elite, but only in Sweden. He also talked about the importance of democracy, but also stayed here on Swedish soil and did not lift the reduced democratic space in the world.

The only real link to global development was the proposal to set aside two billion a year for regional train traffic. Although Sjöstedt believed that it was an investment to achieve the climate goals, it seemed above all to be an argument for equality.