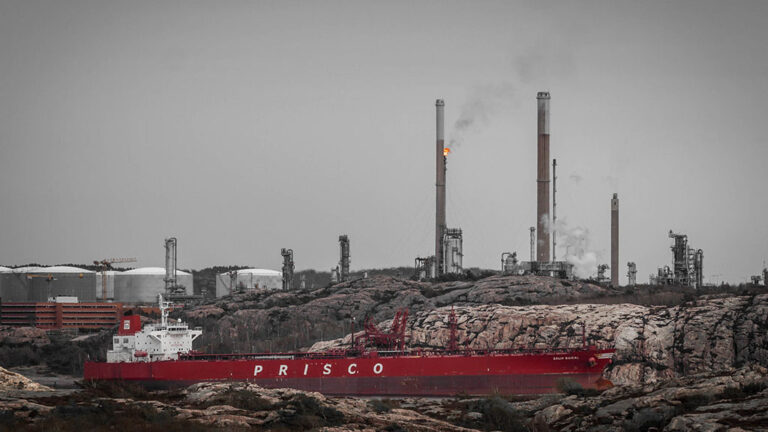 "The government does not understand the climate issue," writes the Sweden Democrats' climate policy spokesman Martin Kinnunen in Expressen. He believes that the government's climate measures are signal policy and that they lack an understanding that the climate issue is global. Increasing emissions in Swedish industry and Swedish agriculture can be good because they are more climate-friendly than similar industries in other countries, says Martin Kinnunen.

For example, Martin Kinnunen thinks that the expansion of the oil refinery in Lysekil would be an effort for the climate. “It would contribute to increased emissions in Sweden, but thanks to the high energy efficiency at the plant in Lysekil, it would cause less emissions than if the heavy oil was refined in other countries. It is a good environmental policy ", writes Martin Kinnunen.

Dagens Nyheter's editorial board also thinks that Sweden needs to consider whether it is better with "heavy industrial production that is relatively clean here, when the alternative is operations elsewhere that emit more". At the same time, Dagens Nyheter believes that rich countries such as Sweden have a great responsibility to help poorer countries reduce their emissions. "But the belief that there are cheap and functional emission reductions in poor countries that means that rich countries such as Sweden can avoid reducing their own emissions is an illusion," writes Dagens Nyheter.

Green Youth thinks that Sweden and the EU should pursue a tougher policy towards the countries that emit the most. In Dagens ETC, they write that countries that do not respect the Paris Agreement must be punished. Therefore, the EU should impose climate tariffs on goods from the US and China, says Green Youth.

Another issue that has been debated is Sweden's feminist foreign policy. In a debate article in Aftonbladet, Foreign Minister Ann Linde and Social Democrat Member of Parliament Sara Heikkinen Breitholtz write that the need for feminism is obvious.

"Wherever you look, you see differences between men and women - in families, in the workplace, in politics, in the law books, in budgets. This applies as much to the outside world as to our own country, ”they write, adding that feminist foreign policy is needed - and works.

But they immediately receive criticism from Elin Liss at the International Women's Union for Peace and Freedom. She believes that Swedish politics is characterized by double standards. On the one hand, Sweden has an important policy for gender equality in the world, on the other hand, we contribute to militarism and rearmament.

For Sweden to be able to realize a feminist foreign policy, we must, for example, "stop arms exports to warring parties in Yemen, where child marriage and gender-based violence have increased drastically and 1,1 million pregnant women are malnourished", writes Elin Liss in Aftonbladet.

SD: The government does not understand the climate issue
Martin Kinnunen, Expressen

Thank you Greta for starting to listen to the powerful
Peter Wolodarski, Dagens Nyheter