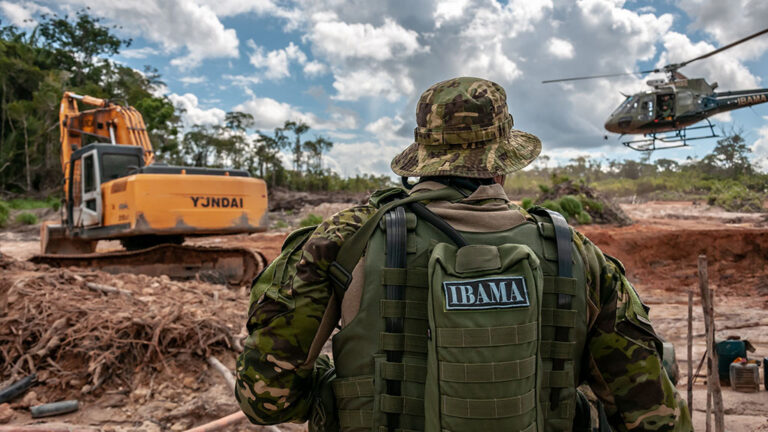 On June 28, the news came. The EU and Mercosur - which include Argentina, Brazil, Paraguay and Uruguay - have, after 20 years of negotiations, agreed on a free trade agreement. The agreement is not only unique in that the EU becomes Mercosur's first trading agreement partner. It also marks the changing role of the EU. The EU, which has sprung from the idea that trade as a means of securing peace, must now, as a global trader, take responsibility for new threats to peace.

"If we are to secure peace, we must take the threats against it seriously". This is what the French Foreign Minister Robert Schuman said when he presented the proposal for a European Coal and Steel Community in 1950. The motto was that countries that trade with each other do not fight with each other. With this as a starting point, the EU came to develop into a peace project with free trade as its main sword.

75 years have passed and the Schuman Plan succeeded.

But times are changing. Today, the main threat to peace is spelled climate change.

Within the next 10 years, climate change is predicted to pose a threat to global peace. In one study, climate change is judged to affect other conflict-driving factors, such as poverty and injustice. Tackling the climate threat is therefore not just a threat to humanity. It is also a fundamental component of the work for sustainable peace and security.

From being a regional trade player, the EU is in 2019 one of the world's largest free trade agreement partners. The EU's global role therefore does not only mean global responsibility - it requires action against the climate threat as a threat to global peace. Here, the free trade agreement with Mercosur can mark a turnaround.

The meat needs to be excluded

To begin with, the trade agreement with Mercosur certainly highlights the EU's climate considerations in most areas. Among other things, it is clear how meat imports must be preceded by reduced antibiotic use. However, the question should not be how the meat trade is regulated, but rather why it should be included in the EU's free trade agreement at all.

Meat production represents 15 percent of the world's total greenhouse gas emissions. In the Mercosur country Brazil, it has also been considered to contribute to the deforestation of the Amazon. "For every new kilo we eat, the risk of deforestation increases" stated a number of researchers from Chalmers and the Institute for Food and Biotechnology (SIK).

In order to really reduce emissions, the EU must therefore not only consider how to regulate trade in existing products, but also which products are included in its trade agreements. The trade agreement with Mercosur thus shows a unique opportunity for a new form of trade policy that both promotes growth and mitigates the harmful effects on the climate.

Sustainable transport must be a priority

We also know that global transport is one of the main causes of climate change. As early as 2004, it was found that the transport sector represented one-fifth of global emissions. Mercosur and the EU have certainly agreed that the agreement in principle undertakes, among other things, to comply with the Paris Agreement, the CITES Convention on Trade in Endangered Species and Plants and the Convention on Biological Diversity.

However, the agreement with Mercosur does not contain any guarantees for how sustainable transport of either wine, chocolate or cars will be made possible. Nor sufficient sanctions if the parties breach their commitments.

In 2012, the Swedish Chamber of Commerce presented proposals on how trade policy can contribute to reducing the climate impact of transport, among other things by promoting technology transfer and supporting the phasing out of climate-damaging subsidies. The EU can not only rethink what it deals with, but also how it takes responsibility for the consequences of trade. By exporting innovation and sustainable transport solutions, more jobs can be created, trade can increase and the climate impact can be reduced.

The eyes of the outside world are on the EU

The eyes of the outside world are on the EU when it comes to combining growth and unique climate measures. Instead of feeling satisfied, this rather shows the EU's unique opportunity to both show the way in climate work and set the bar for the climate policy that is necessary to achieve the climate goals.

Among the EU population, we see widespread support for more vigorous climate work. How the EU acts as a trader in relation to 500 million inhabitants is therefore not only a climate issue - but ultimately an issue for the EU's legitimacy.

The votes raised in defense of the existing draft trade agreement have had a main argument. By tying countries like Brazil to itself, President Bolsonaro is prevented from taking seriously the threats to follow in the footsteps of the United States and leave the Paris Agreement.

However, this argument does not hold. When we go in a direction where melting glaciers and temperature rises become an issue beyond human control, we can not let climate-denying world leaders slow down the pace of climate work. We must take action against the states that put the brakes on the necessary change - not dance to the tune of climate deniers.

As one of the world's largest free trade actors, the EU now has a unique opportunity to show that cooperation is better than isolationism, that dialogue is better than monologue and that global threats to peace will not be averted by anything other than strong climate action. Combating climate change requires international cooperation. It is the ultimate proof that neither Trump's nor Bolsonaro's agendas hold - neither for the climate nor for peace.

In 1950, trade cooperation worked to unite the warring parties of World War II. In 2019, free trade needs to be used differently to ensure global peace.

If we are to secure peace, we must take the threats to it seriously. That is why the EU needs to step up its climate work further. The living conditions of extremely future generations are at stake.