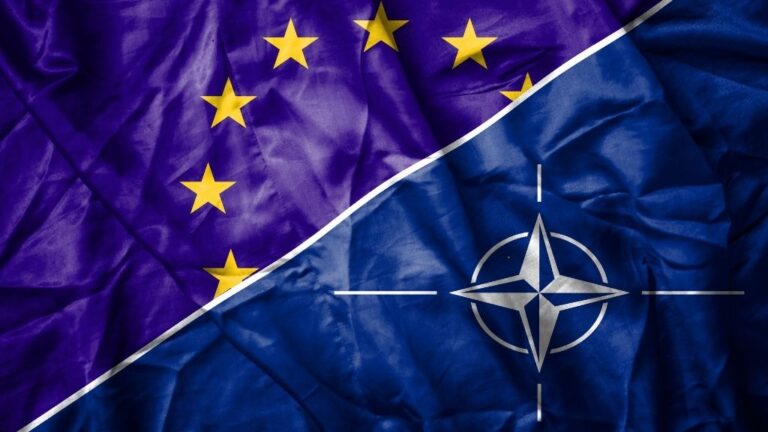 An area that has long been up for debate concerns Sweden's security policy line. In December, a majority in the Riksdag decided that Sweden should express a so-called NATO option, something that would make it easier for Sweden to join NATO if the country is threatened. A decision that has so far not been obeyed by the government. The Government is extremely decisive in matters concerning Sweden's security policy.

- But if the government has a parliamentary majority that has a different opinion, then the government's security policy becomes an uncertainty policy. Therefore, everyone can see that the government lacks support in the Swedish Parliament for its position, says the Center Party's foreign policy spokesperson Kerstin Lundgren in a article from Dagens Nyheter.

In this week's foreign policy debate, Foreign Minister Ann Linde declared that "Sweden's security policy line remains firm" - that is, Sweden stands firm in its military freedom of alliance. At the same time, Linde believes that Sweden will be about war or disaster would hit a Nordic country or an EU country. The fact that Linde did not mention a NATO option created dissatisfaction in the Riksdag. Linde defended his decision not to bring the NATO issue up for discussion:

- To signal to the outside world that we are now considering membership in NATO, it would be a definite change of our line and irresponsible, she said during the debate.

A leader from Sydsvenskan believes that these signals have already been sent due to an increased number of co-operation agreements on defense with other NATO countries. Also the editorial staff at Expressen highlights the government's double message about its position, as they believe that the government has a close relationship with the United States and NATO.

I the foreign declaration Ann Linde mentions not only the importance of cohesion in a potential, but controversial, NATO cooperation but also the importance of continued cooperation within the UN and the EU for the implementation of Swedish foreign and security policy. With the EU as an arena, Sweden wants to continue working to support the democratic forces that oppose human rights violations in Turkey, among other places, and to spread its solidarity security policy through civilian and military efforts in Afghanistan, Iraq, Mali and Ukraine and more. Through EU cooperation, Sweden contributes to reaching a solution in the politically unstable Venezuela and we also provide humanitarian aid to war-torn Yemen. Sweden also contributes to security and development in the extremist-ruled Sahel region and as a mediator in the long-running conflict between Israel and Palestine by maintaining good relations with both parties.

Stand because you like the United States and NATO, S ministers
The editorial staff, Expressen

Freedom of alliance forever, amen? It can be safer
Principal, Sydsvenskan