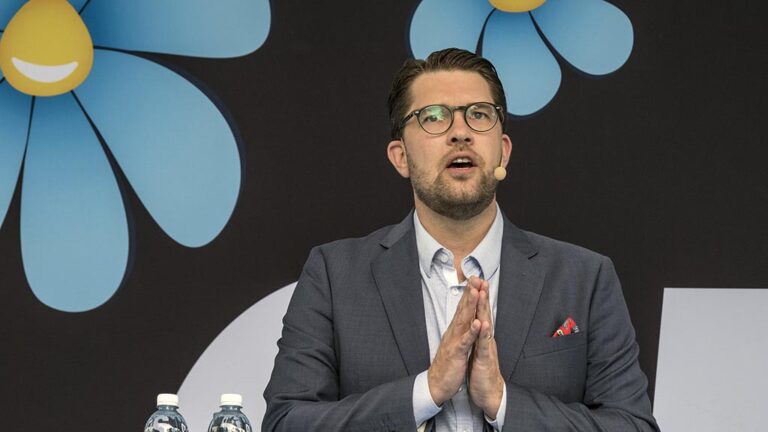 - The goal must be to reduce asylum-related immigration to Sweden to a minimum, says Åkesson.

At Almedalsscenen, the other party leaders have taken the opportunity to present solutions to the current climate issue. Jimmie Åkesson does not pay attention to the climate crisis at all. Instead, he talks about reduced taxes on fuel.

The SD leader emphasizes that he is against the idea of ​​Sweden as a "humanitarian superpower" or the world's conscience. He says that he has a different perception of reality than the other parliamentary parties. The focus will be on rebuilding a lost Sweden. Criminal gangs and cancer patients who die while waiting for care are what Sweden has become, says Åkesson. Issues relating to global development or international cooperation are not mentioned in more detail in the speech.

The speech begins with Åkesson referring to Vilhelm Moberg's "Swedish endeavor", an endeavor that becomes a recurring theme. According to the Sweden Democrats, Moberg's text is about cohesion, security and a sense of home. Åkesson then presents three areas that for him form the basis of the “Swedish aspiration”: immigration policy, security and welfare. The criminal gangs take over district after district, Åkesson thinks.