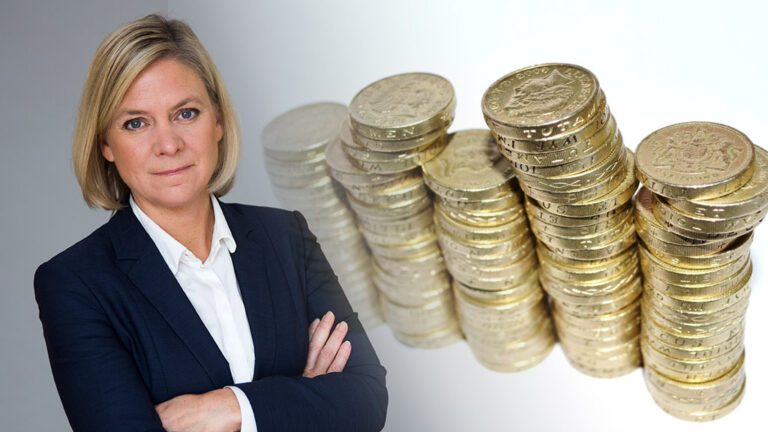 On Wednesday, the government presented its spring change budget. One of the changes from the autumn budget is that SEK 700 million will be taken from the development assistance budget for other investments. According to Minister for Development Aid Peter Eriksson, it was a compromise to later get through smaller settlements from development assistance.

But Swedish civil society reacted strongly to the message. At Svt Opinion, 14 organizations demand answers on how the government intends to regulate settlements in the future and what is being done to cover the reduced development assistance budget this time. They further write that "long-term aid must be safeguarded to secure the work of poverty reduction and democratization in developing countries."

In recent weeks, Swedish IS terrorists have been widely discussed, whether their citizenship should be revoked or how they could be punished. Stockholm politicians Anna Köning Jerlmyr and Jan Jönsson write that “Sweden can already today prosecute IS supporters. In addition, under international law, we have an obligation to do so. The City of Stockholm is now starting a collaboration with Sweden's war crime institutions so that those who return from IS can be convicted ”.

The question of who is responsible for the IS terrorists' children has been discussed and both Amanda Sokolnicki and Lisa Magnusson believe that it is Sweden's responsibility to bring the children home to Sweden.

"The conditions in the camps are a matter of life and death. And letting toddlers die in camps just because their parents were monsters - what does that make us? ” writes Amanda Sokolnicki.

Due to the upcoming Eurovision, Israel has been on the agenda and discussed a lot. Critics say Euroviosion should be boycotted because it violates human rights. The response to that criticism has been that Israel is the only democracy in the Middle East and that the criticism has been unfair. At the same time as Eurovision puts Israel in focus, the country has this week had an even election where Netanyahu, the incumbent prime minister, is allowed to remain.

The Islamic State and Sweden's responsibility

IS terrorists can certainly be punished - that's how it goes
Anna König Jerlmyr and Jan Jönsson, Expressen

It is Sweden's responsibility to bring home the children of the IS terrorist
Amanda Sokolnicki, Dagens Nyheter

Both the cultural left and the right are hypocritical about Israel
The editorial staff, Expressen

You who criticize Israel have forgotten the obvious
Ilan Ben-Dov, Expressen