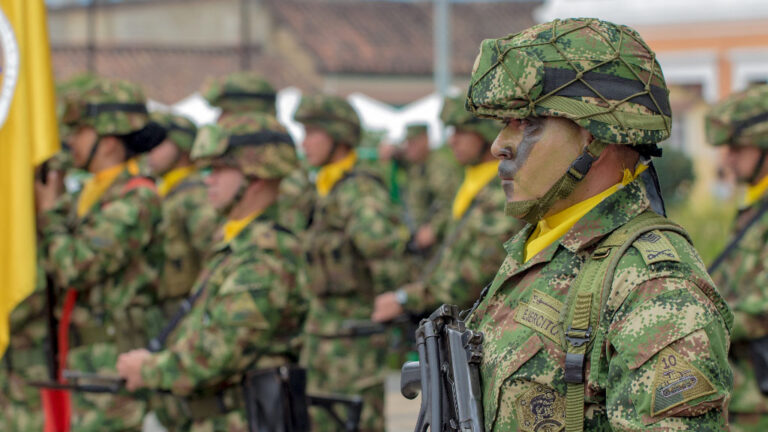 Confidence in the Colombian military is weak in Colombia. It complicates the peace process, the debater writes. Photo: Piqsels

In late June, seven Colombian soldiers abducted and raped an 11-year-old girl from the indigenous people of Emberá-Chamí. This cruel event raises questions about how Sweden - which is a major donor to the ongoing peace process - should relate to developments in Colombia. It writes master's student Mimmi Clase Hagman.

The kidnapping and gang rape in the department of Risaralda have marked the public debate in Colombia in recent days. The seven soldiers quickly admitted their crimes and President Iván Duque Márquez believes that the newly enacted law on life imprisonment for child sexual abuse could be applied. The question, however, is whether the case should first be judged via the indigenous peoples' own legal system.

When a state's legitimacy to exercise its monopoly on violence is questioned by its own population, the entire rule of law is set in motion and in the long run democracy is eroded. Confidence in the Colombian military has proven to be relatively low (56 percent) in Colombia - based on the latest results from an attitude survey which is published by the opinion institute Latinobarómetro.

The low level of trust among the population is marked by the more than five-decade-long internal armed conflict that officially ended in 2016, with the peace treaty between the Colombian government and the FARC guerrillas. The fact that the population now continues to question the state's monopoly on violence may complicate the ongoing process of peace and state-building in the country.

There is currently a period of transitional justice in Colombia, led by state institutions. During that period, the idea is that an improved coexistence among the Colombian people and a search for truth will lead to a more peaceful society. In this way, the peace treaty can become a reality.

However, the violence has continued to challenge the peaceful processes when new illegal groups have emerged in the vacuum after the FARC guerrillas. The country is also characterized by many murders on human rights defenders and social leaders after the peace agreement in 2016. It strengthens and accelerates a fragmentation of Colombian society.

The serious violent crimes against the 11-year-old girl was committed by seven soldiers from the Colombian military in the indigenous territory of Pueblo Rico, in the department of Risaralda in western Colombia. It shows major shortcomings and challenges in the Colombian Armed Forces. The seven soldiers who were to protect civilians and establish security committed serious crimes during their working hours in indigenous territories.

They first kidnapped the 11-year-old girl in the woods and then raped her. They detained her for more than 15 hours. Only one soldier refused to take part in the gang rape but instead stayed behind and observed the incident without stopping it.

The girl was then able to identify three of the rapists when the case was discovered. All the soldiers recognized immediately and were immediately removed from service. A lawsuit will now be initiated. It could lead to life imprisonment for the perpetrators as a new law to strengthen protection against child sexual abuse has been adopted in Colombia. Something that is also encouraged by President Iván Duque Márquez.

Another outcome is that the case is first dealt with through the indigenous peoples' legal system based on the 1991 Colombian Constitution, the 2007 UN Declaration on the Rights of Indigenous Peoples and the 2016 Peace Treaty. for the rights of indigenous peoples.

However, this cruel event raises questions about how Sweden should relate to developments in Colombia. Sweden is a major donor to the ongoing process of peace and state-building. The participation of women and young people is a priority in accordance with UN Security Resolutions 1325 and 2250. Cooperation for security sector reform (SSR) is also included in the current Colombia Strategy 2016–2020 where both the police and the military in Colombia have received Swedish support. One proposal is that Sweden in the forthcoming Colombia strategy 2021–2025 further develops this support so that the resources are used in the best possible way with extra focus on the military. This could mean an in-depth focus on humanitarian aspects from a rights perspective.

Overall, in a functioning state governed by the rule of law, the rights of the entire population should be respected, regardless of gender, ethnicity or socio-economic affiliation. The serious crimes that took place in Risaralda against the 11-year-old girl make us aware of the great challenges that exist in Colombian society. A society characterized by enormous inequalities between different population groups. A broken social contract between the state and its population in combination with a weak trust in the state institutions complicates the peace process. In order to achieve lasting peace in Colombia, the Colombian state must fulfill its basic tasks such as being able to guarantee human security. No girl should be abused by the military. Sweden's continued support for Colombia is important.