May 28 is International Menstruation Day. Millions of girls and women are forced to stay home from school and work due to stigma and harassment linked to menstruation, lack of clean water, menstrual protection and functioning or safe toilets.

In vulnerable environments, such as refugee camps, there is a risk of being forced to change sex for menstrual protection and "Sex for pads" is a reality that our international partners testify to. Mens also has many norms and traditions attached to it when it comes to body, sexuality or cleanliness and many of these norms can be harmful. In many places, the first period is seen as a sign that you have grown up and are ready to get married - even if you are only a child. Stigma and shame around menstruation is also a risk factor for sexual violence where the lack of safe toilets or isolation during menstruation increases vulnerability.

Lack of menstrual hygiene can look different in different places and also affects different groups in society differently such as those with disabilities and for non-binary and LGBTQ people. The issue is broad and therefore needs to be addressed in several ways and also by several actors.

The Church of Sweden works with religious actors and knows they have an important role to play as they make a strong contribution to creating and maintaining norms. They also provide a large proportion of healthcare and educational institutions in many parts of the world, sometimes as large as the state or reach where the state does not. They are therefore central to influencing so that they make it accessible to everyone that everyone should have equal conditions in healthcare, in the education system and in society.

One such religious actor is in Tanzania. There, it has been realized that talking about menstruation has also increased the opportunity to address other taboo issues, such as sexual education for young people where menstruation has created a strategic entrance.

Mens affects the right to health, to education, to water and sanitation, information and bodily integrity, to move freely in public space and to participate on equal terms in society. In order for us to meet the global gap, the issue needs to have even more visibility in global development cooperation and humanitarian work, but is also seen as the broad issue it is and that it is central not only for health but to create a democratic space for all. . 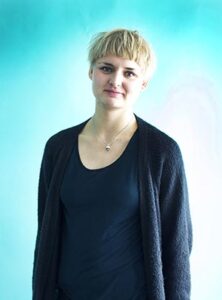