Water has often been a central topic in the relations between the five former Soviet Republics - Kazakhstan, Kyrgyzstan, Tajikistan, Turkmenistan and Uzbekistan. The current construction of Rogun Dam on the Vakhsh River in Tajikistan illustrates how the demand for water can become the source of various conflicts.

Most of Central Asia's water comes from the upstream countries of Kyrgyzstan and Tajikistan, from where it channels downstream to Kazakhstan, Turkmenistan and Uzbekistan. During the era of the Soviet Union, the upstream countries were provided gas and coal during winters to generate heat and power. However, water and energy sharing agreements broke down following the collapse of the Soviet Union. Relationships between upstream and downstream countries became increasingly tense which aggravated water management, energy availability and poverty levels.

Tajikistan has been particularly affected, with families living without heat or light during temperatures as low as -30 degrees Celsius for weeks at a time during winter. To resolve energy shortages, Tajikistan has continued to push for the development of hydropower facilities, most recently Rogun Dam, projected at 335 meters. Rogun Dam is hoped to boost the national economy through power exports to countries such as Pakistan and Afghanistan. However, since its proposition in 1959, it has had many setbacks such as the resistance from various parties. For decades, Rogun Dam has cast a shadow on Tajik relations with its neighboring countries, particularly Uzbekistan. While the Tajik government perceives the project as an economic and hydro-energy opportunity, downstream Uzbekistan is concerned with the potential increase in droughts. In response Tajikistan has said that if its neighbor sponsors the project, it would be able to control the annual release of water, but Uzbekistan's former president was not willing to change his stance.

The ongoing conflict with Uzbekistan eventually led to the World Bank's feasibility study from 2014. Both governments had previously agreed to acknowledge its results but did not make any further concessions. The World Bank report concluded that the project could lead to sustainable growth, although some negative impacts would have to be taken into account.

In 2016 with a new president in Uzbekistan, Shavkat Mirziyoyev, the opposition to the dam was eventually dropped and interest in renewing cross-border trade with Tajikistan was expressed. Still, for Uzbekistan, Rogun Dam remains an uncomfortable source of control by the Tajik government which could in theory just turn off the tap and leave the large Uzbek fields unirrigated - a threat to the livelihoods of people living around the Vakhsh River.

Rogun Hydropower Plant will serve the for purposes of electricity generation, irrigation for agriculture and the control of water flows. Unfortunately, the dam is not the silver bullet solution as it is often presented. Construction and filling of the reservoir could take until 2040 or later. Economic and technical considerations weigh much heavier in official plans than environmental and political concerns. One of the main weaknesses of the Rogun Dam is that it is unlikely to provide energy for rural households at an affordable price. While it could close the overall energy gap, that would only be achieved in two decades and it does not solve the distribution problem. Instead, a service-based approach has been proposed that incorporates decentralized, renewable solutions into the energy system. These have proven to be successful for a fraction of the cost and time that large-scale infrastructure projects require.

The construction of Rogun Dam brings with it the resettlement of up to 42,000 people. In this process, Human Rights Watch has found several violations of human rights that are also in breach of Tajik law. The project could further the acute sense of disenfranchisement among disadvantaged rural populations, particularly among the ethnic minority of Gharmi people. Besides facing the burden of having to build new homes by themselves, residents often had to rely on their own money to build these as the government compensation was either not provided or insufficient. Livelihood levels lowered among those resettled due to loss of farmland, limited employment opportunities and decreased food availability whilst expenses increased. Other issues include insufficient access to electricity, water and education and ineffective complaint mechanisms. Homes were partly demolished while people still lived in them without the respective new houses being finished. There's no wonder why tens of thousands of people have refused to leave their homes as has been reported.

Although civil society and researchers raised concerns about the environmental impact, there is no extensive environmental assessment besides the World Bank's feasibility study. The dam is a large-scale disturbance of hydro and geological systems and will adversely affect ecosystems around the dam and further downstream. Critics of the dam have Claimed that it could increase the water deficit and corresponding risk of drought by 22 per cent with the impact reaching as far as the Aral Sea. Environmental impacts include losses in wildlife and agricultural biodiversity, landscape destruction, soil erosion, deforestation and loss of vegetation cover, decreased water quality and groundwater pollution and depletion. Concerns over a massive disaster cannot be fully appeased yet as the capacity to assess seismic activity in the region is still limited.

Rogun Dam has become a national symbol of progress for Tajikistan and an opportunity to project that same image internationally. Within the country some see Rogun Dam as a national necessity, others have voiced strong criticism. Undeterred from the controversy, the Government of Tajikistan pursues this project as a centerpiece of its nationalist ambitions. It is hoped that it accounts for the environmental and human rights concerns that have been raised. Despite the disputes, Rogun Dam could be an important piece of the puzzle that, with international cooperation and complementary energy solutions, could foster development in Tajikistan and the entire region.

Of: Jonathan Wirth's and Tessa Stockburger 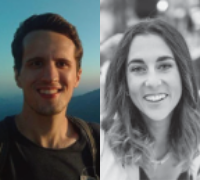