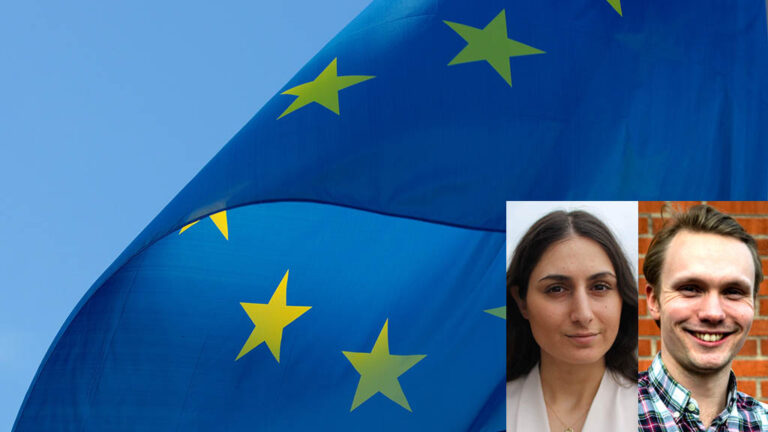 We want to develop the EU and cooperate more - not less, write the Liberals Caroline Rhawi and Anders Rehnberg.

The EU is our most important tool for countering the climate threat, tackling crime and achieving world peace and freedom. Therefore, we want to expand cooperation to a European FBI, a common climate policy and a unified foreign policy, write the liberals Caroline Rhawi and Anders Rehnberg.

The Liberals took a stand for European cooperation long before Sweden became a member of the EU. We were the first party to say yes - and even though most parties now share our positive view of Swedish EU membership - we are often alone when it comes to wanting to develop the EU and cooperate more.

Thanks to the EU, we can travel, work and live freely in Europe. Our companies can export completely free to 27 other countries and thanks to the EU's free trade agreement, we also have the opportunity to sell goods to, for example, Canada and Japan without having to pay customs duties. The EU is not an end in itself, but it is a crucial tool for achieving our goal of more freedom for individuals in Sweden, Europe and the world.

The EU is our most important tool for countering the climate threat, and cooperation is necessary if we are to be able to deal with both migration and cross-border crime. The EU is also a crucial voice for human rights in the world.

We are not alone in seeing this. Recently, a report came out that 8 out of 9 Swedes want to stay in the EU, and around Europe, support for the EU is stronger than it has ever been. At the same time, it is clear that many are critical of today's EU and many feel that the Union is not delivering enough.

We want the European FBI

Cross-border challenges require cross-border cooperation, and if we are to deal with these challenges, we need to cooperate more and better than today. We are therefore the only party that says yes to a European FBI, we are the ones who go the furthest when it comes to climate work and we want to see much more joint cooperation on migration.

We want to make the EU the world's largest environmental organization. If we want emissions to be reduced, nice words are not enough. We want to give the EU the muscle to actually face the climate threat in earnest. That is why we say yes to a European carbon tax and yes to a European aviation tax. Anyone who gets dirty should also pay more. When we make the more environmentally harmful more expensive, we increase the incentives for change and pave the way for innovation and green development.

Of course, it is not enough for only EU member states to change, it must also happen globally. Climate assistance will increase and we will invest more in green technology in countries outside Europe, where emissions can be reduced more per krona invested.

Migration is another of the EU's major challenges. It is time to put in place a common European asylum policy in which all Member States share the responsibility for asylum seekers seeking security and freedom in Europe. A final proposal on what such a system should look like is already on the table and it is high time that the governments of the member states approved the proposal. The current situation where some countries can unpunishedly refuse to accept refugees is unsustainable. That is why we want to ensure that countries that refuse to take responsibility have their EU contributions reduced or withdrawn. It must cost not to take joint responsibility.

In addition, while we want to create more safe and legal routes for refugees to reach Europe, we also want to strengthen humanitarian aid and resources for people in the immediate vicinity of the conflicts. Among other things, this means that aid organizations operating in the immediate area will receive increased support.

The EU is a major global player

The EU is also a key player in world development. Through EU aid, free trade agreements and climate policy, we contribute to strengthening development in the world. Unfortunately, this policy has become too focused on benefiting the EU's short - term interests rather than the long - term positive developments in the world. Aid is increasingly being conditioned by demands that countries prevent migration, and money that could go to gender equality work instead goes to building fences to stop refugees from leaving Africa.

The EU is our most important tool for achieving peace and freedom in Europe and the world, but it is up to us to ensure that that tool is kept sharp. Do you want to see more cooperation, and an EU that takes greater responsibility in the world then the Liberals are the party for you.

Of: Anders Rehnberg and Caroline Rhawi

Caroline Rhawi is chairman of the Liberal Youth Association Greater Stockholm. Anders Rehnberg is a candidate for the European Parliament for the Liberals. 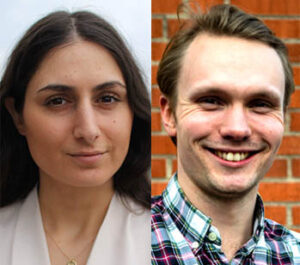