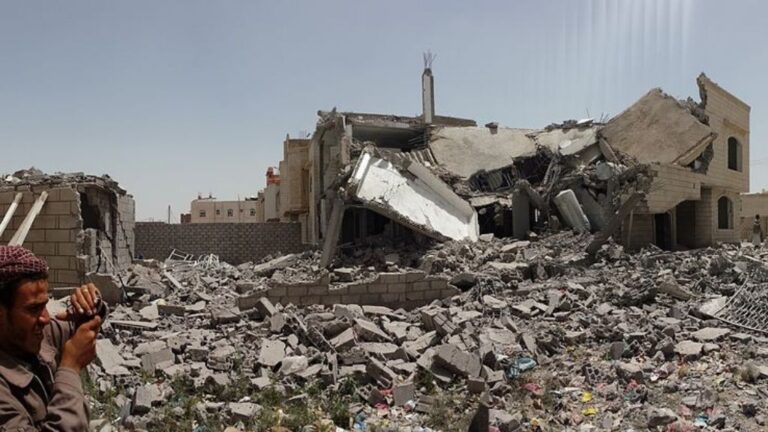 The situation in Yemen is not the result of an economic collapse or a natural disaster, but the root cause is the armed conflict that has plagued the country for more than seven years. About 20,7 million people - 66 percent of the country's population - are in need of humanitarian assistance. Of these, more than 12,1 million people are in urgent need. With globally rising fuel costs and the escalation of conflict in Ukraine raising food prices, people in Yemen are likely to find it even harder to find enough food for their families.

As the armed conflict in Yemen continues, civilians are being forced into increasingly desperate actions to deal with their daily lives. Few if any have any savings left. Many families now sell all remaining belongings to afford a meal and some children have no choice but to take up arms to support their families, which further prolongs this conflict. For other children, the hope of a useful education quickly disappears, increasing fears of another lost generation and hampering Yemen's recovery for decades to come.

At the same time, humanitarian access is used as a bargaining chip by the warring groups and permission to reach the most needy can be denied or delayed for months. The outside world can and must take greater responsibility for ensuring that humanitarian aid reaches the most vulnerable people in the country and that international humanitarian law is respected in Yemen so that the famine catastrophe that the country has today does not develop into a famine catastrophe tomorrow.

Diseases spread and civilians are killed

Even in war, there are laws to follow. They are enshrined in international humanitarian law, also known as the Laws of War, and enshrined in the Geneva Conventions. Laws exist to humanize warfare and limit the suffering of civilians and combatants in armed conflict. The laws of war are clear - civilians, hospitals and vital infrastructure must not be attacked. Despite this, it has happened time and time again in Yemen, with the result that civilians are killed both directly by fighting and by the collapse of Yemeni society.

Nearly three million Yemenis have been forced to flee their own country, food and medicine prices have skyrocketed and fuel is so expensive that many health clinics cannot keep up because they cannot afford to pay for electricity to keep lights on. in operating rooms and power to blood banks. Attacks on healthcare facilities and the destruction of water and sewage systems have made diseases both spread rapidly and are difficult to manage because the healthcare system has been broken down.

The Red Cross and Red Crescent have long been in Yemen with both local volunteers and staff, but the help we and other humanitarian organizations provide is far from sufficient and will never be able to resolve the humanitarian crisis. The laws of war are clear about responsibility - it is the parties to the conflict and those who support them who are responsible for protecting civilians. It is not happening now and the efforts made by the outside world are not sufficient but must be scaled up.

The conflict in Yemen and the humanitarian needs in the country

• Local strife and armed conflict between different groups have been going on in Yemen for decades.

• The strife today is mainly between the Huthi movement and the authorities. This conflict has been going on since 2004 and is rooted in a dissatisfaction that the Huthi movement has felt, especially linked to their identity as Zaydites.

• In the Arab Spring of 2011, mass protests erupted in Yemen and the opposition demanded the resignation of President Saleh, who had ruled Yemen for more than three decades.

• Saleh would hand over power to his Vice President Abd Rabbu Mansur Hadi and the adoption of a new constitution would help Yemen become a democratic state.

• In 2014, dissatisfaction with the new constitution and the work of the transitional government escalated, and in September, the Huthi rebels captured the capital, Sana'a.

• In 2015, the conflict culminated in large-scale war with the involvement of several international actors. Since the start of the war, war crimes have been reported by all warring parties.

• Even before the war escalated in 2014, Yemen was the poorest country in the Arab world and water shortages were one of the country's biggest problems.