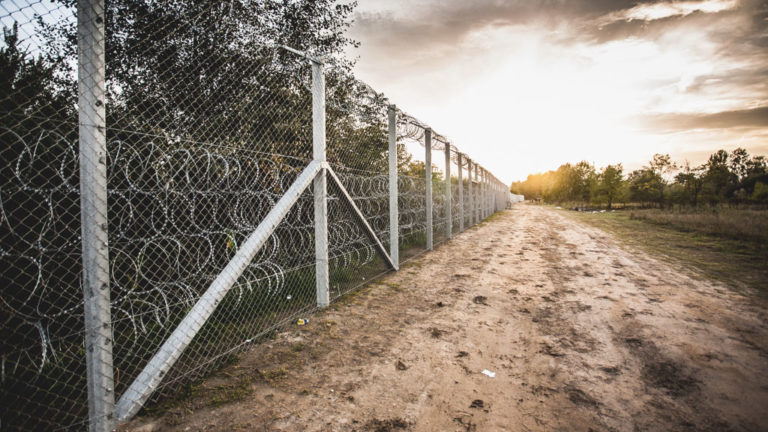 We cannot allow EU asylum policy to be dictated by anti-refugee and racist governments such as those in Hungary and Poland. Instead, those countries that want to take joint responsibility for the global refugee situation must take the lead in forming a coalition of willing countries. It writes the Left Party's EU parliamentarian Malin Björk.

Intensive negotiations are currently underway between the European Parliament and EU member states in the European Council on the EU's future refugee policy. Some countries and negotiators want the proposals to be finalized by the summit at the end of June, before the next presidency, Austria, takes over. For the Left Party, it is more important that the decisions are the right ones than to risk establishing a repressive policy. The large refugee policy package includes seven different bills. Almost all of them are about deteriorating current legislation. Many of the proposals even go so far as to entail serious restrictions on the right to asylum as defined in 1951 in the UN Refugee Convention.

Almost all suggestions also go from being directive to more compelling regulations. This means that if the EU previously laid a floor for refugee legislation and which each member state could rise above, the new legislation aims to be both a floor and a roof from which the countries cannot deviate. Implementing a more humane refugee policy than that decided by the EU will then be impossible. It is a very serious development that I and some of my colleagues are doing everything to stop. A coalition of willing countries must instead demand that they are always allowed to take the lead and that the EU does not prevent them from deciding on more humane and responsible rules for refugees.

As the European Parliament's chief negotiator for one of the current bills, on a quota refugee system within the EU, I am responsible for one of the few proposals that are not about stopping refugees. It is instead about creating a legal escape route to Europe. When Parliament voted on the proposal last autumn, I received broad support for an ambitious quota refugee system in which the EU commits itself each year to receiving significantly more quota refugees than today, and that we do so based on the work and rules of the UNHCR.

When my bill is now negotiated with the governments of the EU countries, however, it meets with stubborn and sometimes purely racist opposition from certain countries in the Council. In an attempt to reach agreement in the Council, but also to appease the racist forces at home, many other countries are hanging on. The result is that international asylum law is undermined. The Swedish government has now also declared that road it intends to walk.

We must go first

But we cannot let the Visegrad countries Hungary, Poland, the Czech Republic and Slovakia set the standard for EU refugee reception and spread their racist policies to the rest of Europe. Instead, we must leave these countries behind and move on without them. The EU countries that want to take part and take joint responsibility for the global refugee situation should join forces and form a coalition of willing countries. Together, they can lead the way and show that the reception of refugees is not a burden but a positive part of a country's development and an obvious element of a Europe that stands up for human rights and international law.

The EU is a sprawling collection of countries that often pull in different directions. For example, I am very happy that Sweden was not forced to adopt the euro. Not all countries are members of Schengen either. Forming your own coalitions with a couple of other countries is still an opportunity. Therefore, it is a shame that Sweden now allows itself to be dragged into this unpleasant race to the bottom.

Refugee policy is too important an area of ​​responsibility to be left to the governments of Hungary and Poland to dictate. The rest of us must dare to sail behind them and instead stand up for people's fundamental rights. Otherwise, there is nothing left to talk about when concepts such as "Swedish" or "European values" are proudly put forward by our leaders.