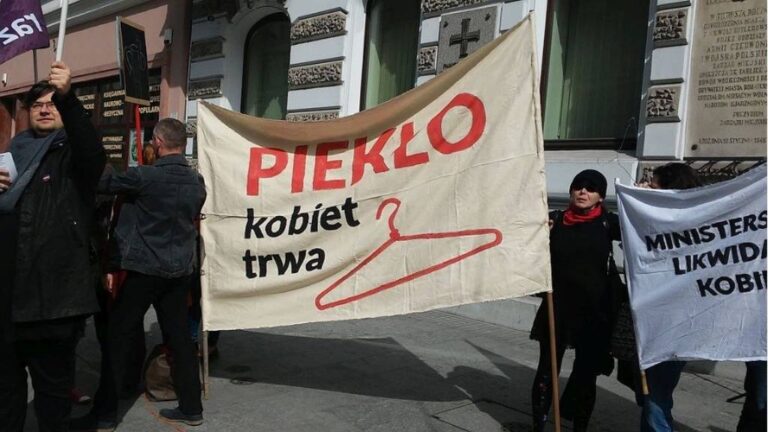 Last week, the Polish Constitutional Court ruled that abortion of fetuses with serious birth defects is contrary to the Polish constitution. The decision opens up for further tightening of the law, which in practice means a total ban on abortion. Thousands of Poles and international actors condemn the decision.

Poland already has one of the most restrictive abortion laws in Europe. Then In 1993, abortion was banned, with the exception of pregnancies as a result of incest or rape, when the woman's life is threatened or when the fetus has serious injuries. The court's new decision opens up that the last exceptional case is excluded and that women will therefore only have access to legal abortion after rape, incest or when their lives are threatened.

Today, the majority of abortions are performed in Poland due to birth defects. In 2019 was carried out 98 percent of all abortions in the country for the reason now banned.

Conservative values ​​are gaining ground in the country

Since Poland's leading party Law and Justice (PiS) came to power five years ago, conservative values ​​have gained increasing ground in the country - especially in politics. PiS, as according to DN wants to defend the country's traditional Catholic values, has long opposed the right to abortion, which they believe is contrary to the right to life.

In 2016, one year after PiS came to power, a proposal was submitted to Parliament a total ban on abortion and also punish women who still have abortions in prison. More modified proposals were presented in 2018 and considered by Parliament in April 2019. That bill was about removing serious or fatal birth defects as a legal basis for abortion. After massive mobilization in the country and internationally, however, the proposal was dropped and is now being taken up again.

The proposal has met with strong criticism

Despite strict restrictions on public gatherings during the pandemic, gathered according to DN  about 15.000 protesters in Warsaw on Friday night last week. Over the weekend, protests have continued and women's rights organizations have demonstrated in churches across the country. according to DN.

- There are studies that show that the majority of Poles do not support this restriction of abortion rights. They are much more liberal than politicians - but it is the politicians who have the power. Politicians pursue the issues they think should be pursued, says Katarzyna Jezierska, associate professor of political science, to Swedish Yle.

Former Polish Prime Minister Donald Tusk, however, opposes the proposal and writes in a tweet that it is "political evil"To raise the issue of abortion in the middle of the pandemic.

Amnesty International, the Center for Reproductive Rights and Human Rights Watch write in one joint statement that the decision is part of a "systematic wave of attacks on women's human rights by Polish decision-makers". The Council of Europe Commissioner for Human Rights, Dunja Mijatovic, also strongly criticizes the decision and says according to with the BBC that "it is a day of mourning for women's rights".

Julia Thalin is a non-profit active at FUF as a world monitor.