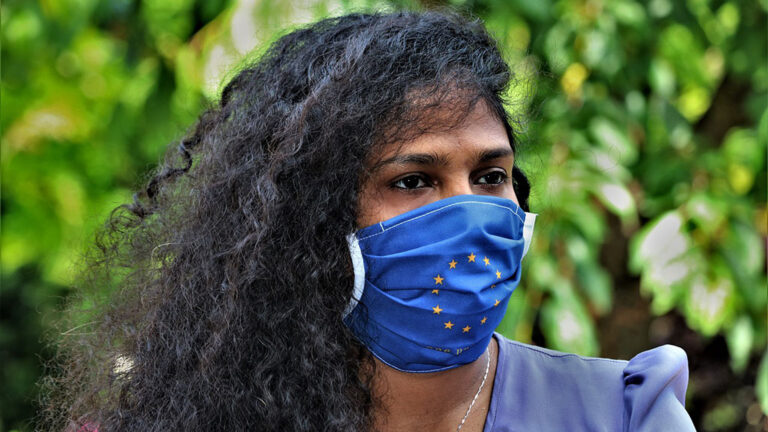 While all focus is on the coronavirus, women's vulnerability is greater than in a long time in large parts of the world. Photo: Jeyaratnam Caniceus / Pixabay

For women's rights, the covid-19 pandemic could not have come at a worse time. 2020 would be the year when two important anniversaries were celebrated. Partly the 25 years that have passed since the adoption of The Beijing Platform for Gender Equality 1995, partly that it is 20 years ago UN Security Council Resolution 1325 on Women, Peace and Security was unanimously adopted by UN member states.

These two anniversaries are also closely intertwined the global goals for sustainable development - in particular Objective 5 on gender equality, Objective 11 on reducing inequality and Objective 16 on peaceful and inclusive societies. Focusing on these issues would be particularly important in the light of the establishment in recent years of a stronger and louder opposition to women's rights, including attacks on already established rights such as the right to abortion and the right to self-determination.

Security can mean very different things to men, women, boys and girls. A safe place and situation for a man can mean an unsafe place and situation for a woman and vice versa. We must analyze and take into account the differences - but also the similarities - between the perspectives of women and men, girls and boys in the work of dealing with armed conflicts. That way, we can better protect them from violence and conflict.

The ongoing covid-19 pandemic now clearly shows us how inequality and inequality are exacerbated in crisis situations - and how vulnerable groups become even more vulnerable. We are now seeing a dramatic increase in gender-based violence in a number of different countries. It includes an alarming increase in gender-based violence and domestic violence - as a direct effect of quarantine situations.

Before the pandemic, statistics show that one in three women experiences physical and / or sexual violence from a partner during their lifetime. Since the start of the pandemic, several countries have noted a 40% increase in violence against women and also feminicide (so-called femicides), especially in Latin America. Brazil has noted a 400 percent increase. Similar figures are reported from Colombia, Argentina and Mexico. It is definitive proof that everyone must work systematically and purposefully to increase gender equality, combat discrimination and strengthen women's rights. This applies not only to governments and large international organizations, but also to civil society, volunteers and, not least, the security sector.

Domestic violence is a silent pandemic

That this is deeply worrying is not only linked to the widespread individual suffering behind these figures. Violence against women and its increase is also a key dimension linked to international peace and security. According to four American professors is one of the main indicators of armed conflict in how a society treats its women - including gender-based and sexual violence.

The Covid-19 pandemic is directly linked to what is usually called 'human security', where health, freedom from sexual and gender-based violence and economic security are key components. In addition, human security is, according to many, one of the objectives of the agenda for women, peace and security and must be an important complement to the long-held view that security means primary security for the state.

It is therefore natural that UN Secretary-General Antonio Guterres both declared a global ceasefire and stated that sexual and gender-based violence requires its own 'ceasefire'. Something he announced in the beginning of April and for which EU member states expressed strong support. At the time of writing, it has been signed by 150 member states of the UN.

More dialogue and collaborations are required

There are many things that can still be done during this anniversary year and that are facilitated by the crisis awareness surrounding the current pandemic. We must now take the opportunity to strengthen collaborations, dialogue and learning between different subgroups working to implement this agenda.

On the plus side, we see the possibility in covid-19 times that even those with poorer economic and social conditions can participate in dialogue, as participation can take place remotely via digital platforms. In this way, we can together arrive at how different actors can ensure a more effective implementation of the agenda and thus achieve the goals of peace, security and gender equality.

When it comes to safety and protection for women, the problems remain, even though most - including politicians - say they agree that the problems must be eliminated. Is it perhaps the case that a crisis is required where the foundations of our existence are tested, in order to realize that certain things can no longer be prioritized away? Perhaps a crisis is needed for us to understand that the problems must not be obscured by words and declarations and that real development can be achieved. Let's hope - and work for it.