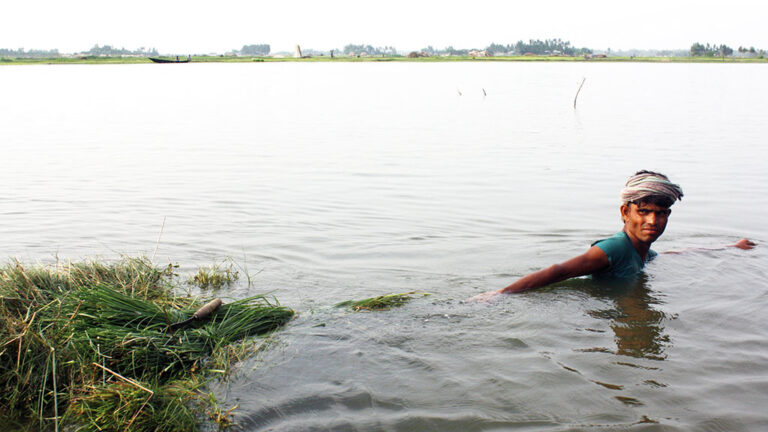 Sweden's climate investment between 2009 and 2012 led, among other things, to better disaster preparedness in Bangladesh, according to a new evaluation. Photo: DFAT (CC BY 2.0)

"Sweden takes a broad initiative for climate-proof aid". This was the headline in Dagens Nyheter on September 24, 2007. Prime Minister Fredrik Reinfeldt said in an interview that the government would establish an international commission to "find out how to use development aid to meet the climate threat".

The ambition of Fredrik Reinfeldt's government was high - the commission would be Sweden's equivalent to the British The star report. Sweden wanted to influence other donor countries, the UN and the World Bank, to meet the climate threat in the poor countries where "the effects were greatest".

The Commission on Climate Change and Development came at a time when it was forced to accept that it was not enough to reduce greenhouse gas emissions. The climate effects were already felt, climate adaptation and emission reductions must be given the same priority and take place in parallel. At the COP13 climate summit in Bali in 2007, that view was confirmed in the so-called Bali Action Plan.

The report advocated a focus on poverty and that climate adaptation must be part of customary development planning and not take place alongside. And it was in a hurry. Pending the creation of new international climate finance mechanisms and generous donations, the Climate Commission proposed that $ 1-2 billion be mobilized immediately for action in the most vulnerable countries, especially in Africa.

The government wanted to show that the Climate Commission's proposal was taken seriously. Already in the budget bill for 2009, there was therefore a special climate investment in 2009-2011 of SEK 4 billion, eventually extended until 2012. After that, climate assistance would be handled in the usual forms, without any addition of extra funds. Support was provided for over 60 different initiatives, of which 17 were multilateral funds through the Ministry of Foreign Affairs and bilaterally to Mali, Burkina Faso, Bangladesh, Cambodia and Bolivia as well as regionally to Africa and Asia through Sida.

But this incomparably large aid effort, carried out by two authorities, was never evaluated. What results had been achieved? Had the ambitions been fulfilled? Could Sida and the Ministry of Foreign Affairs handle so much money without additional administrative resources? What can we learn from the relevance of today's increasingly difficult climate challenges? To get an answer, we decided on the independent The expert group for development assistance analysis (EBA) 2018 to have the climate investment evaluated. Of particular interest was that it had been completed several years earlier, which should make it possible to see any lasting and sustainable results. At the same time, it could be difficult to distinguish the effect of Swedish contributions when many different actors have been involved.

Now the evaluation clear. It shows, among other things, that the investment has contributed to building adaptability in vulnerable countries. In Mali, the management of forests, land and water was strengthened with increasing incomes for the poor in rural areas. In Bangladesh, national disaster preparedness improved. In Cambodia, Sweden contributed to building national climate planning. In several countries, national funds were developed to receive and distribute climate assistance. In addition, Sweden played a prominent role when new international climate funds were built up, such as the Adaptation Fund and the Green Climate Fund, so that vulnerable countries had direct access and did not have to go through the World Bank or the UN.

The evaluation found that Sweden has exercised competent and flexible leadership in international climate contexts, where individuals have played a major role. Special mention is made of the role of Ambassador Jan Cedergren in leading the two climate funds. Aid personnel have also responsibly further developed promising initiatives that could have continued after the Climate Initiative.

However, there has been a lack of follow-up, evaluation and learning as integral parts of projects and programs. Multilateral organizations such as the UN have also sometimes been allowed to dominate the implementation of climate initiatives, at the expense of the countries' own institutions. But as a summary assessment - the climate investment obviously made a difference. The evaluation suggests that the continued Swedish climate assistance should be designed from the outside the climate agreement from Paris in 2015, so that the most vulnerable countries are protected from climate effects and receive support in switching to a fossil-free energy supply.

The evaluation will now be presented at one webinar on April 28. The EBA's hope is that it will contribute to the critical learning required for effective future climate assistance.