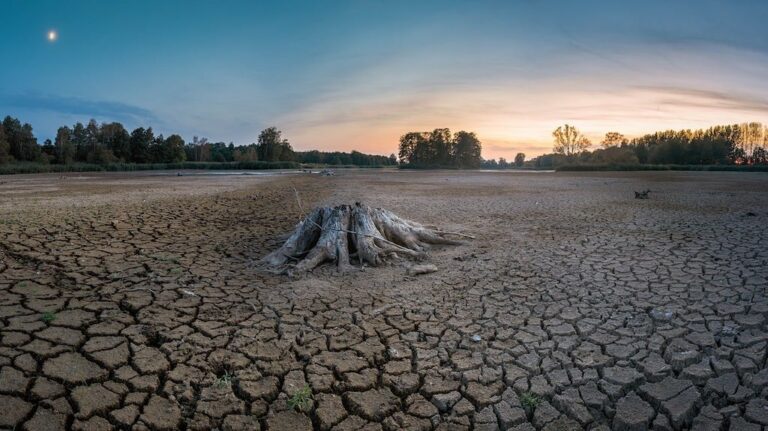 A long and severe drought in Kirkuk, Iraq in 2012 led to many joining the Islamic State. Research findings indicate that recruitment to armed groups can be effective in the aftermath of the drought.

On the outskirts of an industrial area just outside Stockholm, a green area suddenly opens up. A beautiful park forms around a white building, above the treetops the contours of a red flag can be seen. It belongs to Stockholm's international peace research institute, Sipri. Research is conducted here on the connection between climate change and conflict.

Karolina Eklöw works as a research assistant here and is part of the so-called climate security group at the institute. She emphasizes that the causes that lead to conflict are many and intertwined.

- What we can see is that societies pressured by scarce resources, both institutional and natural, create a breeding ground for unrest and, in the worst case, violent conflicts, says Eklöw.

The causes of conflict are contextual and look different in different countries, she says. Nevertheless, international climate security researchers such as the group at SIPRI have been able to identify four overall climate-related factors that increase the risk of violent conflict.

- The first of these is perhaps also the most concrete. When communities that make a living from agriculture and fishing are facing depleted natural resources, the risk of conflict increases. IN the drought that follows in the footsteps of climate change creates competition for the vital water, says Eklöw.

The second factor highlights how militant groups in the rubble of natural disasters and extreme weather phenomena benefit from the local population's need for food, protection and water. In situations like these are easily recruited those who cannot stand the promise of survival for themselves and their families. This became real in a village near Kirkuk in Iraq. With each passing year, it became increasingly difficult to resist the necessities offered by the armed men. In exchange, they demanded loyalty to the Islamic State, reports National Geographic. When the hope of better times faded and dried up on the snuff-dry agricultural land, one by one eventually joined IS. A group that became one of the largest terrorist organizations of our time.

Another factor that increases the risk of conflict is how natural disasters enable an expanded power for already influential people in a society. In emergency humanitarian situations, they can take control of the distribution of the necessities included in disaster relief. The results indicate that this is a way for local authorities to manage conflicts. This is done by controlling who may be allowed to receive help and who may be blackmailed by missing rations.

The last factor that Sipri addresses is that they can see links between climate change and conflict through migration processes. Results from research - albeit to a small extent - suggest that changing political and socio-economic conditions as a result of climate change affect people's propensity to move. It is something which in turn can give rise to anxiety and possible violence.

Although researchers in climate security have identified important causes of climate-related conflicts, Karolina Eklöw emphasizes the importance of nuanced debate. The relatively new research findings on conflicts caused by climate change open up a discussion about the concept of conflict itself.

The debate on climate change is grounds for skepticism. The President of the United States, and thus the most powerful person in the world, denies the human impact on climate change. An attitude that has formed the basis for countless international negotiations. Today, the issue has become almost ideological and raises conflicts of interest.

Conflict is thus not always armed. So how do we define the situation that exists between man and nature?

Previous research on climate and conflict focuses primarily on dwindling natural resources and their connection to armed conflict. But the reality is more complex than that. This is the opinion of Malin Mobjörk, among others, who is also part of the climate security group at SIPRI. Together with other researchers, she has written a report on the subject. It describes how climate change above all entails a slow process of shifting resources and changing conditions for societies. Something that affects human security. In the long run, the changed conditions may also affect the relationship between states.

And it's hard to know how.

Mobjörk writes in the report that the earth's population is facing a process of change without historical results. This means that research can only be conducted on individual events and scenarios. If the knowledge gaps that exist on the subject are not recognized, the discussion about climate change risks being reduced to dwindling natural resources.

In the media, it is possible to follow the debate about a melting Arctic. Unexpected natural resources suddenly open up, and a whole sea is open. The slow but stable global warming is causing ice to melt and harvests to dry at an ever faster pace. Alongside this, there is a growing need for a deeper understanding of how and under what circumstances this affects the risk of outbreaks of violent conflicts. 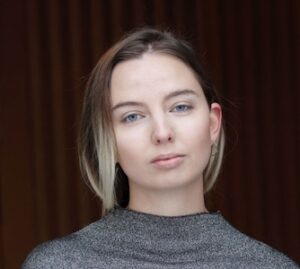