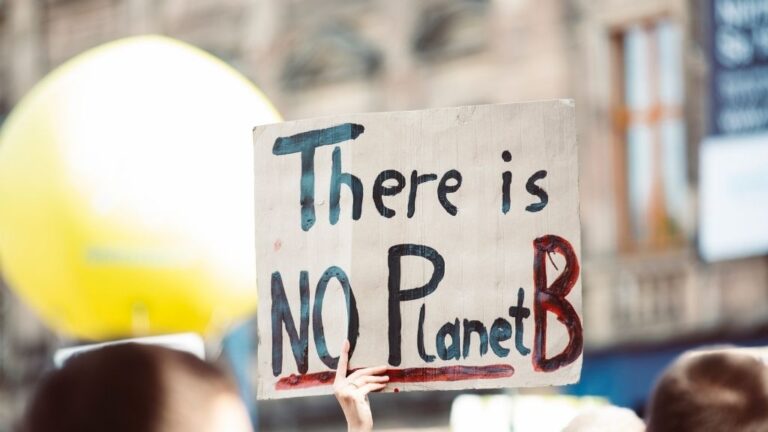 During a week when Greta Thunberg was editor-in-chief of Dagens Nyheter for a day, the climate has been fully debated. Several debaters have raised the responsibility of states in the climate crisis and the issue of green growth and consumption. If the Paris Agreement is to last, "past, present and future" must be elucidated from a global justice perspective, Thunberg writes.

At the climate summit in 2015, the goal was set to limit global warming to 1,5 degrees compared to pre-industrial times, explains Dagens Nyheter. But according to a report from the Stockholm Environment Institute, greenhouse gas emissions will continue to increase markedly due to states' continued production of fossil fuels from coal, oil and gas, reports DN.

"We need to choose between GDP growth or achieving environmental goals in time", emphasizes a number of researchers as a final reply to Joar Forsells (L) debate article on green economic growth in Svenska Dagbladet. While Forsell debates for continued but green economic growth, experts emphasize that the higher the GDP, the more natural resources are consumed. Therefore, we need to work and consume less, they write in SvD.

Several of this week's debaters agree that we humans must consume less. Mira Alestig and Robert Höglund from Oxfam write in DN that rich Swedes must reduce their emissions by 90 percent in order to achieve the climate goals. In relation to the report "Swedish Climate Equality" that Oxfam published during the week, Alestig and Höglund emphasize that the 10 percent with the highest income in Sweden emit "24 times more per person than those in the poorest half of the world's population".

But what will happen to the world's poorest if the world economy slows down? asks Sydsvenskan in one of its main leaders. The article uses the Corona pandemic as an example of how poverty is exacerbated by declining economic growth. In line with Joar Forsell's (L) argument, Sydsvenskan believes that more growth, but green sustainable growth, is needed for the world's population to be able to support itself. Aid is also mentioned, but as a less lasting solution.

Some like in the debate emphasizes the importance of climate assistance are Alestig and Höglund from Oxfam. In addition to the Swedish development assistance of 1 percent of gross national income, they are debating for extra climate assistance as payment for the "climate damage we have caused".

In addition to states, the world's companies have an important role to play in the climate crisis. Researchers Maria-Therese Gustafsson and Almut Schilling-Vacaflor report in Omvärlden on ongoing discussions within the EU on "legal requirements for companies to take responsibility for human rights and environmental degradation from consumption". For example, a bill from October this year, if adopted, could make it more difficult for EU countries to import goods that have contributed to deforestation. Gustafsson and Schilling-Vacaflor believe that Sweden should take an active role in these negotiations.

Greta Thunberg believes that everyone should take an active role in the climate crisis. "When enough people realize the seriousness of the situation, change will take place", writes editor-in-chief Thunberg in DN.

Also ask what the state is doing to the climate

The environmental goals will not be achieved with continued growth

Deforestation and pandemics can be stopped with binding legal requirements

Palestinians also have the right to democracy

The fight does not end in Hong Kong

American democracy is in the balance

Corona exposes shortcomings for the disabled