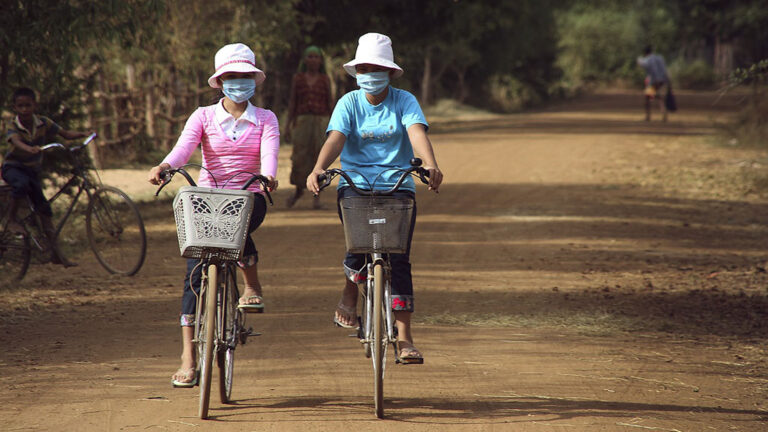 People stop flying, factories are closed and traffic is almost non-existent in many places. Several debaters are now asking the question of whether the corona crisis can be a turning point in reducing climate emissions. Others believe that the crisis rather causes the climate to be overshadowed.

"The golden opportunity for climate change is now," writes human ecologist Rikard Warlenius in the news magazine ETC. He believes that the crisis measures that are being taken now may change the direction of society for a long time to come. Rikard Warlenius therefore thinks that crisis packages and state support should focus on the climate, for example by investing in renewable energy and social investments in welfare.

Environmental debater Mattias Goldmann is on the same track in a debate article in Dagens Nyheter. "Sweden has a chance to take the lead in everything from fossil-free steel over renewable aviation fuel to the digital solutions we are all currently replacing physical meetings with," writes Mattias Goldmann.

Dagens Nyheter's management side finds it difficult to see the same potential in the corona crisis. The newspaper believes that there is a big difference between short-term crisis packages and long-term investments in climate change. The long-term investments should not be taken "on an equally loose and panicked basis", writes Dagens Nyheter, which is rather afraid that the climate will be forgotten in the corona crisis.

"The danger for the climate lies rather in the fact that an additional debt-laden world beyond the corona crisis does not cope with this long-term mission," writes Dagens Nyheter's editorial staff.

Geographer Erik Huss wonders if we really want to return to "the normal" after the corona crisis. This means that 9 million people around the world die from air pollution every year. A figure far above the covid-19 death toll. In addition, the earth's natural system is changing 170 times faster than it would without human intervention. Which also makes pandemics spread more easily. Erik Huss therefore thinks that we now have a golden opportunity to think and become a little wiser. "We are so dependent on what nature gives us that we simply can not afford to continue 'as usual'", he writes in Svenska Dagbladet.

But Mette Kahlin McVeigh at the think tank Fores does not think that climate change and the corona crisis should be set against each other. She believes that covid-19 is first and foremost a human tragedy and criticizes those who now go out and praise the emission reductions that are happening in many places in the world. "Describing climate change and air pollution as a major threat by comparing the number of deaths they can cause is disrespectful and should be avoided," writes Mette Kahlin McVeigh in Svenska Dagbladet.

The crisis is not an excuse to forget the climate
The editorial staff, Dagens Nyheter

Do we want to go back to the old ways again?
Erik Huss, Svenska Dagbladet

How the world handles the corona crisis determines the future
Rickard Warlenius, ETC.

Crashing society does not save the climate
Mette Kahlin McVeigh, Svenska Dagbladet

Why not invest in crisis packages with a climate profile in Sweden as well?
Mattias Goldmann, Dagens Nyheter

The impact of the corona crisis on poor countries

Children and young people on the run

Do not abandon children and young people on the run during covid-19
21 youth organizations, OmVärlden