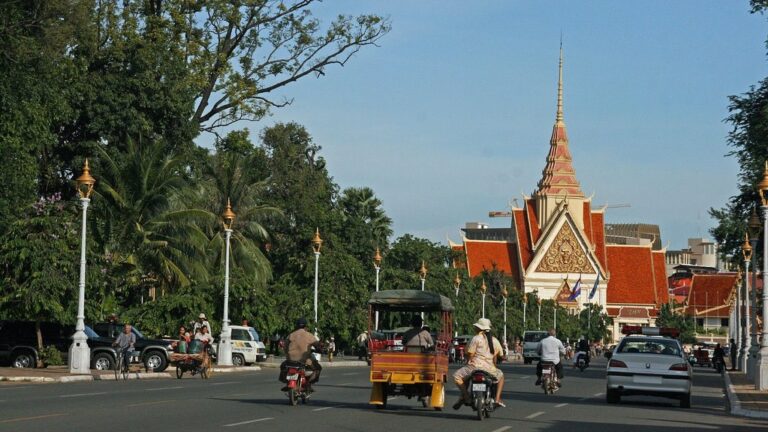 Cambodia is one of 47 countries included in the trade program. Everything But Arms, but now risks being ruled out. Photo: Matthew Klein, Flickr.

Cambodia risks being excluded from the EU's trade program due to the country's lack of respect for democracy and human rights.

On 12 February, the European Commission launched an examination of Cambodia's participation in the trade program Everything But Arms (EBA). EBA enables low-income countries to export duty-free to the EU. All goods except weapons and ammunition are included in the trade program. The aim is to promote economic development and reduce poverty. Cambodia is one of 47 countries included in the program, but now risks being excluded. However, it takes a long time before a decision is made, the process is expected to last for at least a year.

The decision is not entirely unexpected, an EU delegation visited Cambodia already in July 2018 to review how the country follows human rights. EU Trade Commissioner Cecilia Malmström said that "social justice" and "respect for human rights" play a key role in EU trade policy. Violations of political rights and the strong regulation towards civil society and trade unions are, according to the European Commission, what led above all to the review.

According to Human Rights Watch Freedom of expression is very tightly regulated in the country. Government-critical posts on social media lead to prosecution and there is no longer any independent media. In 2018, the previously highly regarded magazine was sold Phnom penh post to businessmen with close ties to Prime Minister Hun Sen. The political opposition is largely dissolved after the opposition leader Kem Sokha was imprisoned in the autumn of 2017. Shortly afterwards, the party was dissolved by the Supreme Court and in July 2018, the leading party Cambodian People's Party (CPP) all 124 seats in parliament. She Sen has ruled Cambodia since 1985.

Cambodia has decades of a growing economy behind it and is on its way from a low-income country to a lower middle-income country. In 2018, goods worth $ 4,9 billion were exported to the EU, representing almost half of Cambodia's total exports. Cambodia is the second largest user of EBA, in first place is Bangladesh. Cambodia's textile industry is the leading export sector and employs more than 700 people.

Everything But Arms (EBA)

Everything But Arms is a trade program between the EU and low-income countries that was established in 2012. It enables duty-free export of all goods except arms and ammunition to EU countries. In order to benefit from the benefit, countries need to respect fundamental human rights and the ILO's. core conventions.