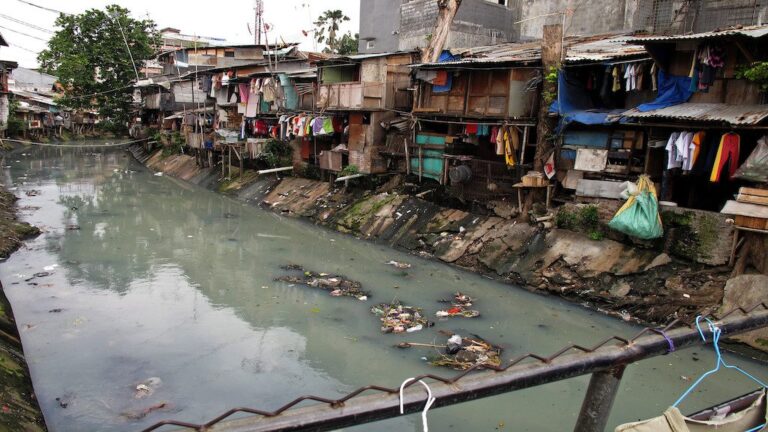 A new capital will be built in an urban forest landscape in Indonesia. This is one of the country's climate adaptation strategies. The reason for the move is that the current capital Jakarta is repeatedly affected by severe floods in extreme rainy weather. In addition, unsustainable extraction from the city's groundwater depots has led to the city has sunk since the 80s, which exacerbates the effects of storms. Previously taken measures include the construction of a wall along the coastal strip in order to protect the city from rising sea levels.

The IPCC estimates that global sea levels have risen by an average of three millimeters per year since 1993, but a more dramatic increase has been seen in cities in East and Southeast Asia, where ground levels have fallen at the same time. In Jakarta the ground level dropped not less than 28 centimeters between 1982 and 2012. However, thanks to regulations on groundwater use, development seems to have stalled over the past ten years. Earlier this year, Mayor Ali Maulana Hakim's administration implemented one prohibition against groundwater abstraction in the province of North Jakarta, where ground levels are now lower than sea levels.

The Philippine capital Manila has also seen one falling ground level of more than two centimeters per year. Even in this case, unsustainable extraction from groundwater reserves, caused by, among other things, a rapid population increase and inadequate water management systems, is considered to be the biggest contributing factor to falling ground levels. In Jakarta has the superstructure and the cementation of wetlands such as mangrove swamps made it difficult to fill the water depots in the city during rainy weather.

In addition to saving the population of the 10 million city of Jakarta from more costly weather-related disasters, the hope is that the new capital will relocate the economy, which has largely been centered to Jakarta, thus giving Indonesia a push in the right direction on the world market. After all, the project is estimated to cost no less than 32 billion US dollars. Although the plans for the relocation of the capital have been around for a long time, it was not until January this year that the parliament approved the proposal. The new capital is named Nusantara, which loosely translated means archipelago.