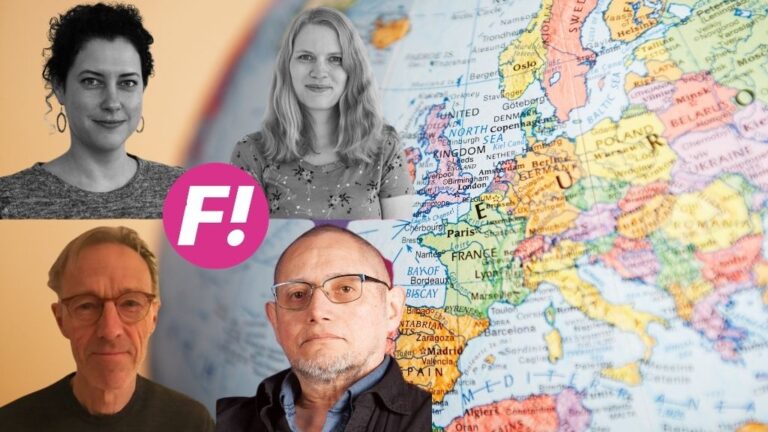 Sweden's 'development aid policy' emerged during the 1960s and since the mid-1970s, development aid or development cooperation has been about one percent of Sweden's gross domestic product, GDP. It is an internationally high level and has been an important symbol of Sweden's credibility in international cooperation. The overall goal of poverty reduction has been supplemented by the fact that development assistance should also be directed at people living in oppression. Humanitarian motives have been strengthened, including the struggle for universal rights such as democracy, human rights and gender equality. "Assistance on recipient terms" and multilateralism have been guiding principles.

But now the Moderates are coming out with the proposal to reduce development assistance in a first phase by 30 percent, just over 15 billion. According to moderate Member of Parliament Elisabeth Svantesson, the cut is justified by the fact that economic pressure on poor countries is what most effectively takes people out of poverty, a typical neoliberal starting point a la Milton Friedman who effectively scales away all humanism from development cooperation.

According to Elisabeth Svantesson, the Moderates' starting point is that economic growth takes people out of poverty, a statement that is problematic because she, like other countries in the global Nordic region, considers herself to have interpretive precedence over what "development" is. The moderates believe that the one percent target makes development aid jerky and complicates long-term planning. For budgeting for the Swedish defense, however, they argue for the exact opposite, where they instead want to increase the allocation to 2 percent of GDP. Financing of the Swedish military defense is done in several ways at the expense of poor countries. How the Moderates' proposal for a clear "growth agenda" in developing countries is to be implemented is unclear, but we guess that it is a matter of confidence that private business investment in developing countries will spread prosperity and wealth not only in the global north but also in the global south.

Feminist initiative thinks that Sweden should go the opposite way to the one the Moderates stake out. Instead, we want Sweden to strengthen its efforts in Swedish development cooperation.

Civil society's platform Concord has previously praised Sweden's development cooperation and dedication to the one percent goal. But they think, like the Feminist Initiative, that work needs to focus more on global justice. Development cooperation must lead to a reduction in the North-South divide, human security and disarmament. In Sweden's current "aid work", there are many inherent contradictions. In relation to these criteria, we strongly criticize, among other things, the fact that Sweden has regularly allocated development assistance funds to national expenditure on refugee reception since the mid-1990s. This is practice according to the OECD's Development Committee DAC, but in our opinion deeply immoral. It is a dark spot in Swedish development aid history in a similar way as Swedish arms exports are a major burden for the so-called feminist foreign policy. The OECD has praised Sweden for playing a leading role in north-south cooperation, but the UN has criticized Sweden for arms exports. Sweden's policy to contribute to achieving the global goals for sustainable development, Agenda 2030, also suffers from inherent contradictions and is severely lame.

In times of crisis, such as the environmental crisis and the corona pandemic, it is particularly relevant to be reminded of the importance of geopolitics and the colonial heritage of the industrialized world. For the first time in over two decades, there are now alarming reports of growing gaps in the world. UNDP notes that by 2021, 265 million people are at risk of acute food insecurity and another 100 million people will live in extreme poverty. At the turn of the year, the UN warned that 235 million people will need emergency support next year in the wake of the corona pandemic. According to the Human Development Index 2020, economic growth in the world has at the same time put so much pressure on the environment that it will limit development opportunities in the future. In 2020, in the shadow of the pandemic, we have also seen how violence against women has increased and that democracy and women's rights are weakening in several countries.

The Feminist Initiative believes that feminist international solidarity cooperation should focus on social justice based on the principles of human rights, and be based on a rights perspective. We therefore ask the question - where has "the political" in development cooperation gone? Has program and project bureaucracy taken over Swedish development aid and security policy so that value issues and solidarity have fallen into the background?