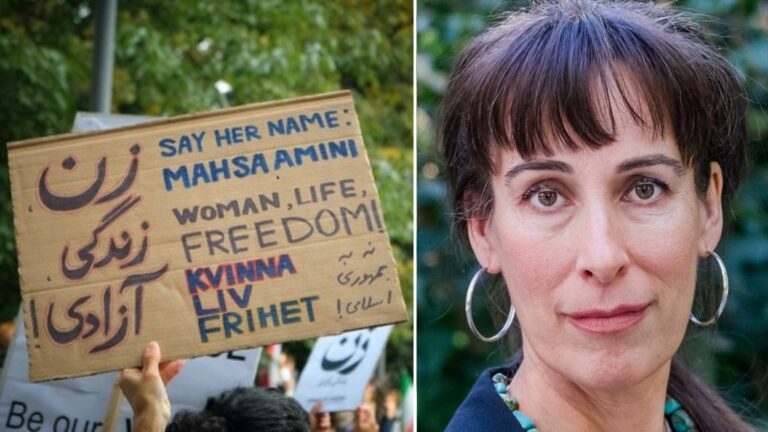 The protests in Iran, sparked by the death of 22-year-old Mahsa Jhinas Amini in police custody, have spread across the country. By the end of October, 234 people had died in connection with the protests in Iran, according to Iran Human Rights (IHRNGO). The human rights organization Amnesty describes a culture of impunity in the country, where the security forces can kill, torture and abuse - without being punished for it.
- The situation in Iran is extremely serious, says Maja Åberg, policy advisor at Amnesty International Sweden.

Mahsa Jhina Amini's death sparked the anger of thousands of protesters against the discrimination against women in Iran. Maja Åberg, policy advisor at Amnesty in Stockholm, explains that it is not the first time we have seen this type of crisis in the country. The demonstrations in the fall of 2019 nevertheless provoked a strong response from the Iranian regime, which met demonstrators with excessive violence and human rights violations. Then the protests were about high gas prices and financial difficulties. This time the focus is on discrimination against women and minorities, two groups that are particularly vulnerable to the Iranian regime's human rights violations.

- The dissatisfaction that exists in society plays a role in daring to risk one's life to protest, says Maja Åberg.

Since the protests broke out, Iranian authorities have limited access to the internet in the country. In this way, the regime wants to limit the possibility of documenting what is happening, reduce the spread of the protests - and prevent the outside world from gaining insight into the protests.

- Not being able to use phones plays a big role in the spread of the protests, says Maja Åberg.

Amnesty has published a number press releases since the beginning of the protests and called on Iranian authorities to respect human rights. Organizations have also called on the international community to pressure the regime further. USA, UK and Canada has imposed sanctions on the Iranian state, while The EU focuses on sanctions against individuals in the morality police and some ministers, according to Al Jazeera.

Culture of impunity in Iran

Amnesty calls on the UN to appoint an independent group tasked with documenting what is happening in Iran and who is responsible for the human rights violations - in order to hold them accountable. Maja Åberg describes a culture of impunity under the current regime where no one is punished for human rights violations. Ssecurity forces can kill, torture and abuse - without being punished for it.

- Unfortunately, this means that this vicious circle of human rights violations continues in Iran, she explains.

Maja Åberg highlights the Swedish-Iranian doctor Ahmedreza Djalali who has been imprisoned in the infamous Evin Prison since 2016, accused of treason. She believes the attention surrounding his case has prevented the Iranian leadership from executing him as planned. Evin Prison houses political prisoners who, among other things, are subjected to violence and torture, according to Amnesty. In mid-October, the prison caught fire, and according to Amnesty, Iranian authorities used violence against prisoners under the guise of fighting the fire.

- Human rights in Iran are generally very bad and have become even worse with the recent protests, notes Maja Åberg.

The lily Daoud holds a BA in International Relations from Queen Mary University of London. With a great interest in post-colonialism, peace and conflict as well She writes non-profit for the Middle East FUF: s editorial office. 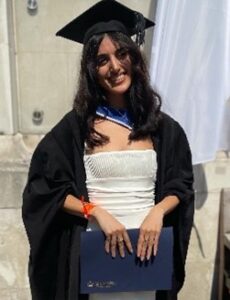