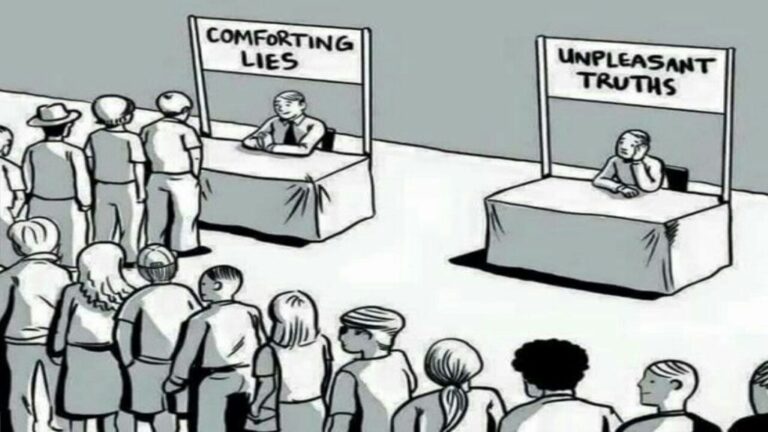 When we face complex issues such as climate change, even the most benevolent of us risk mentally stagnating in our effort to do the right thing. With that in mind, it may be worth asking the question: Is the struggle for the future of the earth evolving into a battle fought within the mental arena?

If our thoughts end up in a contradictory conflict with our behaviors, attitudes, or new information, we may end up in a state of cognitive dissonance, which is a temporary but unpleasant feeling. Simply put, the brain's response is to disarm our inner conflict by denying, apologizing, or changing our behavior or perception. Two classic and unfortunately all too common examples of how we will deal with a dissonance in sustainable development are with the help of other cognitive biases, what is called single-action bias - (I'm already taking the train or consuming some energy) and moral licensing (and therefore I can take the flight to Peru or shop for electronics). Notice the consequences of the mental conflict, is the result rational?

Basically, the outcome, no matter how destructive, is about self-preservation. It is about sparing ourselves from an inner struggle in our consciousness and with this bringing harmony in what we experience here and now.

Unfortunately, we rarely allow ourselves to reflect on how we achieved harmony. We should ask questions such as: were the consequences of my internal conflict positive for me, but destructive for the environment? Or was it the other way around? An inevitable objection to reflections such as these is that human productivity would have been almost non-existent if we had pondered over all the conflicting thoughts and behaviors we encountered in everyday life. Being able to "move on" and restore mental harmony regardless of approach, is desirable. But at the same time, it would be wrong to equate contradictions that lead to individual, personal consequences, with those that undeniably have collective, planetary consequences. None of us are spared from cognitive dissonance or other types of cognitive bias through life, but the planet deserves better than our unsustainable attempts to get rid of our feelings of disagreement.

An important topic for the climate fight that has been infected by cognitive dissonance is carbon dioxide emissions (CO2) per person. Here, the individual often justifies his own climate impact by blaming other countries or people for their total emissions, for example by bombarding internet forums such as Facebook with posts such as: "The problem is population growth in China and India!" or "Sweden is a small country and can not do everything!". To put things in perspective, the average Swedish citizen contributes with emissions of approx 4,20 tonnes via production and further 8 tonnes via consumption per year. This should be equated with many low-income countries where the average inhabitant easily falls below the world average of just over 4 tonnes of CO2 per year.

When I read such posts and comments with that fact in mind, I often criticize man's ability to think rationally on the environmental front. To mix two different measures of emissions and that way? Crowded! But what would really be the solution to destructive ways of thinking and actions that are neither logically substantiated nor rationally conditioned, is it to attribute more rational thinking to a fundamentally irrational being? Humans are just that, irrational and full of cognitive bias in all its forms. With the risk of sounding gloomy, it does not matter how far you as a citizen in low-, middle- or high-income countries have come to get their basic and intermediate needs met. It also does not matter what level of education you have, or how successful your career is - you will always be affected by your own emotional expressions - it is human.

Perhaps it is more about the fact that some people need to realize their privileges, and in what ways these privileges can be used to influence the extent of one's emotional expression. The Swedish citizen, together with many others in the western world, lives in societies filled with the means and resources required to deal with cognitive bias. The fact that the climate issue has long been a practical struggle against the clock is nothing new, but it does not need to be further counteracted by benevolent people in the West with the conditions to do better, but who are afraid to go the long way, namely, to fight the internal battle.