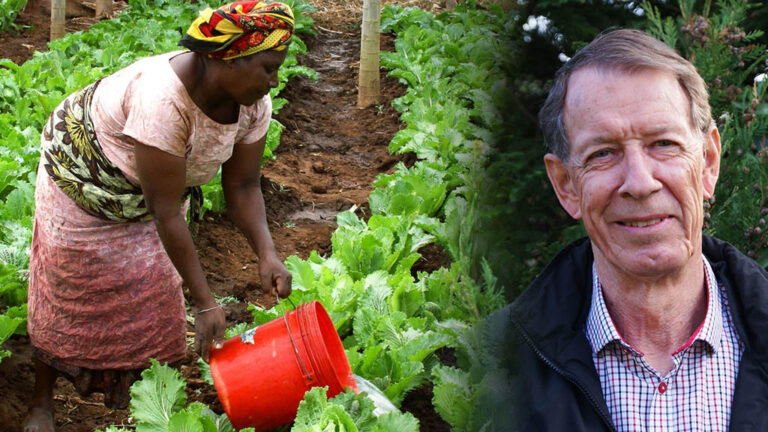 I like in many ways what Silvia Ernhagen, CEO of the Hunger Project in Sweden, addresses in her debate article in Utvecklingsmagasinet. It has been difficult to bring about a serious discussion on global food issues in recent years and I have long lacked a clear focus on this, not least in the Swedish development aid discussion. Ernhagen's article takes a global approach to the issue, but not least the images in the article show that the main challenges probably lie in sub-Saharan Africa.

This is where I am convinced that all stakeholders must now really prioritize food security. This applies to both the absolutely crucial peasants themselves and the African leaders who govern the countries. The latter must ensure that the countries create the necessary infrastructure and, above all, they must create the necessary faith in development and long-term stability. That this must be done in a sustainable way is a given condition.

Today, unfortunately, there is widespread corruption in various functions of society and not least among the leadership in most African countries. Today's corruption has a devastating effect on both faith in the future and opportunities.

The biggest challenges for Africa undoubtedly lie in the too rapid population development and an increasingly clear climate change.

There is no discussion about increasing population

I have long lacked a serious discussion about what the rapid population growth means for a continent like Africa. Many of the good efforts made with or without Swedish and other aid have been "eaten up" by a population that is growing too fast.

No one can say with certainty what a constructive family planning policy could have meant for the resources created - or to better spare the increasingly fragile environment. But of course you can wonder.

The countries of Africa and their leaders are now facing a gigantic challenge. Within about 70 years, Africa's population is estimated increase from 1 to about 4 billion, according to the UN Department of Population. The thought is dizzying. Most Africans will live in cities or other urban areas. Providing all these people with food is and is already a huge challenge.

I am convinced that this largely needs to be based on today's small-scale farming, just as Ernhagen mentions in his article. However, this presupposes a future agriculture with a significantly increased productivity. Such productivity-enhancing initiatives will, among other things, require small farms to become larger. It is a development we all know also from our own continent. To think that something else is possible would be an illusion. Already here, today's too rapid population growth has worsened the starting point with increasingly fragmented small-scale farming.

It now requires African leadership that, finally, takes the areal industries seriously, but also the alarming population growth. Few of the promises made by the African countries, within the framework of the African Union, AU, to develop domestic agriculture have been realized. This applies not least to the commitments in the so-called Maputo Declaration from 2003 that 10 percent of government investment would go to the agricultural sector with an ambition to achieve 6 percent annual growth in each country.

Has been wide open to international competition

When the African countries became independent in the 60s, the agricultural sector was left wide open to international competition before it reached a certain stability. No other country has developed in this way. But to believe, on the other hand, that the African agriculture that the future demands can only be based on today's small-scale agriculture and traditional knowledge is a dead end and must primarily be seen as a mourning idyll.

The future development needs African governments and farmers who can take advantage of and develop traditional knowledge in the agricultural sector. At the same time, they must be able to benefit from findings from both public international research and private, including from the multinational companies. The latter undoubtedly also hold important knowledge which - provided it can be agreed - can be transformed into more specific needs of the African countries, their farmers and consumers.

The future of achieving long-term sustainable food production in sub-Saharan Africa will thus require a close interplay between African farmers, their specific knowledge, and modern science. An important ingredient is a locally based public agricultural research.

How all this can be combined into a joint development effort is in many ways a political issue - also far beyond the agricultural sector itself. Here I see that the measures Ernhagen addresses in his article - which are certainly important and crucial issues - will still not be enough. African countries must shift agriculture to the important industry it deserves to be. Otherwise, it will be difficult to be able to saturate around 4 billion people at the turn of the century, most of them in cities. It will require significantly more than what I can read from Ernhagen's article.