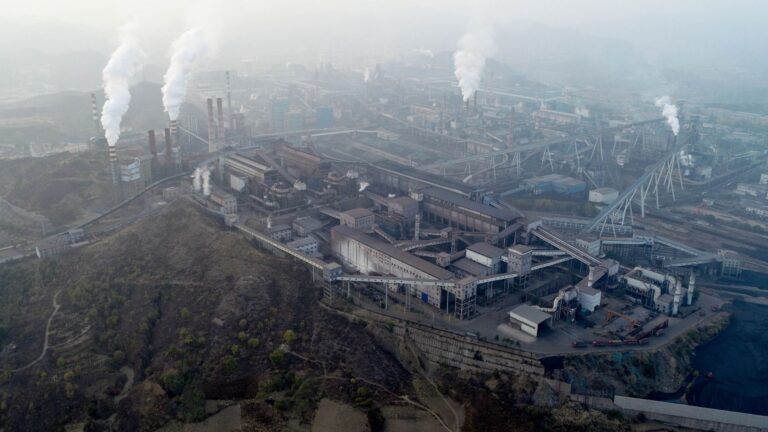 The new year comes with promises of large-scale Covid vaccination and a glimmer of hope that things can soon return to "normal" again. But there are many indications that it is precisely our "normal" way of life that has triggered the pandemic and the global socio-economic crisis that has come in its wake. The latest UN report on human development (HDR 2020) shows that the Covid-19 pandemic risks becoming a warning of what is to come, if humanity does not change course and work to restore balance on the planet.

Mankind has made great strides since the United Nations released its first report on human development thirty years ago. Extreme poverty has decreased dramatically, more children are surviving their fifth birthday and we are better educated than ever. But in 30-year edition of the report we show that humanity is now at a crossroads.

Mankind's evolution has taken place at the expense of our planet. Our impact on the planet is now so great that scientists are saying that we are in a new geological epoch - the Anthropocene, the "age of man" - where humanity shapes the planet rather than the other way around. There is not a corner of the planet that is untouched by man. The infrastructure we have created now weighs more than all the organic material, such as trees, plants and soil, that exists on the planet. In this age, the greatest and most acute threats to our prosperity, our development, and our own survival are created by ourselves. If we continue on this path, more and more pandemics, more and more extreme weather conditions and worse natural disasters will nullify the great advances in human prosperity around the world.

The most vulnerable are affected first. In the future, low-income countries may experience 100 more days per year with extreme weather conditions and an excess mortality due to climate change on a par with today's cancer-related mortality. Even today, the negative consequences of human impact on the planet are palpable. About 7 million people die every year from air pollution and at the same time we cut down about 7 million trees, which could clean our air, per hour. The impact of women, low-income earners and minority groups on the planet is relatively small but is being hit harder. Studies show that more women than men die in natural disasters, in the US black children have higher levels of lead and other environmental toxins in their blood than white children, and globally the richest 10 percent of the population account for about half of total carbon dioxide emissions while the poorest 50 percent only accounts for 10 percent of emissions.

Of course, these challenges are not new. But they require a new way of looking at what development is. It is high time that we, fundamentally, review how we organize our societies and our economies - and yes, even what we call 'global development'. Development models driven by carbon-intensive growth and social and economic inequality have reached the end of their path and we need new ways of measuring human progress instead. Climate change, millions of people being forced out of their homes due to conflict and crisis, collapsed ecosystems are all the result of societies that value what we measure instead of measuring what we value.

When the first HDR report was released in 1990, the HDI measure was introduced as an alternative to GDP as it measured countries' progress in terms of its population's health, level of education and material prosperity. But as the UNDP shows in the new report, no country in the world has succeeded in reaching a high level of human development without a disproportionately large impact on the planet. That is why we are introducing a new measure of prosperity, an HDI measure that is adjusted for a country's impact on the planet. It gives a less rosy, but more sober, picture of the progress of mankind. The absolute level of prosperity of all countries is falling by the new measure, but countries such as Costa Rica are climbing in the rankings, which shows that it is actually possible to reach higher levels of human development with a lower impact on the planet.

The Anthropocene is not necessarily a doomsday scenario. If anything, it shows that humanity has the power to change our societies and the evolution of the planet. Taking the holes in the ozone layer as an example, jointly, from grassroots activism to political decisions, innovation and changing production patterns, we managed to reverse the trend. Just like when the first HDR report 30 years ago, with this report we want to start a new global conversation about human development. The challenges facing the Anthropocene, and the societal transformation necessary for continued prosperity, require everyone to get involved. The good news is that we have done it before, and can do it again.

An interactive, short version of the report is available here

Since 1990, the UN Development Program UNDP has published an annual report on human development in the world: the Human Development Report, as well as an index (HDI) that measures a country's prosperity by weighing its population's health, education, and income. The 30th anniversary edition of the report, entitled Human Development Report, The Next Frontier: Human Development and the Anthropocene, shows how social and ecological imbalances reinforce each other, but at the same time looks ahead and examines how human development and prosperity can be achieved without expense. of our planet. The report also introduces a new index of countries' prosperity, which also takes into account the stresses to which we humans place the planet. The new index, PHDI, adjusts the HDI index by weighing in a country's carbon dioxide emissions and material footprints.