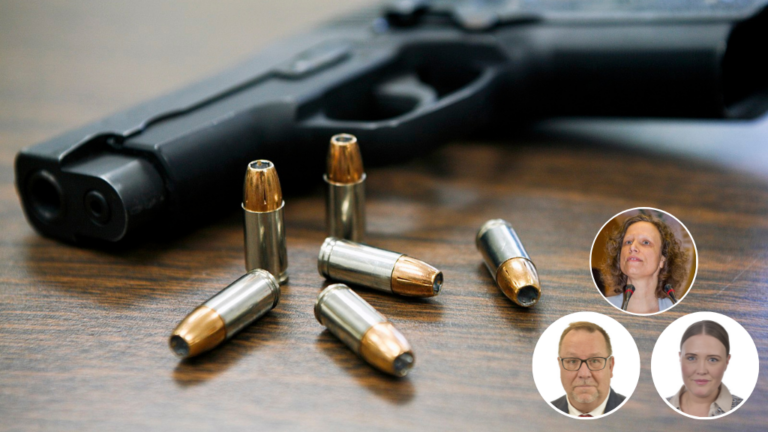 Every hour 24 people die worldwide as a result of violence caused by small and light weapons, according to the Small Arms Survey's latest study. The lives lost in gun violence are a loss to loved ones, as well as for the whole society. An estimated two million people the world over today lives with physical but caused by these weapons.

The consequences of the uncontrolled and illegal flow of weapons are devastating. Armed violence and conflict, terrorism and organized crime have a common denominator: access to weapons. The last decade has peace in the world decreased; the number of conflicts has reached record levels and democracy is in decline. The situation highlights the need to take action and prioritize work against the illegal proliferation of small and light weapons in order to promote human security, sustainable development and peace - in the world and in Sweden.

The armed violence creates insecurity, and in addition to social costs, the economic costs are significant. Violence and conflict cost the world a total of US$16,5 trillion in 2021, which corresponds to just over 10 percent of the world's economic activity, the gross domestic product, or about 2110 dollars per person.

The equality perspective is important. Men are disproportionately affected by fatal gun violence, as they constitute a large part of the victims and the bulk of the perpetrators. Even women are very seriously affected by the armed violence. During the pandemic, the situation has become even more critical, as the number reported cases of domestic violence against women have increased by up to 30 percent, there the presence of firearms further endangering women's safety and rights.

The whole of society needs to stop to support human security and sustainable development. The situation requires collective action globally. The world's countries have committed to work for sustainable development, including through the adoption of Agenda 2030, including target 16.4 which emphasizes the importance of reducing illicit arms flows. With barely eight years left until the year 2030, resolute action by – and cooperation between – all actors is required to achieve the global goals. Increased efforts linked to reducing illegal arms flows are an example of what is required to achieve the agenda.

The Forum's 20-year experience shows the importance of political will; parliamentarians' commitment and action in the matter as well as global cooperation across party lines. Through legislation and awareness-raising work as well as reform initiatives, parliamentarians are vital agents of change. International instruments are already in place, such as the 2030 Agenda, the UN Arms Trade Treaty, UN Security Council Resolution 1325 and the UN Program of Action to Prevent, Combat and Eradicate All Forms of the Illicit Trade in Small Arms and Light Weapons. Here, parliamentarians have an important role in working for the ratification of the instruments and monitoring governments' implementation of them.

The world is interconnected - and Sweden is part of the world. Sweden's government has an important task through its commitments to implement the aforementioned international instruments. In addition to this, the situation in Sweden is serious as a dismal record has been reached this year and so far 60 lives lost as a result of the large availability of illegal weapons. The deadly gun violence in Sweden is a direct consequence of the influx of illegal weapons into the country. Given this, powerful investments are required, both in Sweden but also in cooperation with other countries, to curb the situation and counteract the uncontrolled flow of weapons across national borders.

In this context, it is important to mention that there is a war going on in our immediate vicinity, in Ukraine. The country has a right under international law to defend itself against Russia's illegal and unprovoked war. Ukraine is fighting not only for its freedom, but for the freedom of all of Europe and its security order. It is therefore important that Sweden supports Ukraine's fight for freedom and Ukraine's right to defend itself, for example by sending military, legal weapons to Ukraine. At the same time that Sweden supports Ukraine, consistent work must be done to ensure that after the end of the war these weapons do not end up in the wrong hands and thus become part of the illegal arms flow, an issue that is continuously noticed, both by the previous and the current government.

In order to regain security on our streets in Sweden, and a more peaceful world globally, it is more urgent than ever to both prevent and stop the illegal flow of weapons. Together we can create change.

Parliamentary forum on small arms issues (The forum) is unique as the only international one cross-party organization for parliamentarians with a specific focus on preventing and reducing the illicit flow of small arms and light weapons (SALW). With over 300 member parliamentarians across party lines in approximately 100 countries in Europe, Africa, the Middle East, Latin America and the Caribbean, Asia and the Pacific, the Forum's overall objective is to contribute to the achievement of more peaceful and sustainably developed societies by strengthening the actions of parliamentarians for the implementation of relevant international frameworks .

Previous articles on the topic

November 25, 2021: Uncontrolled proliferation of weapons is a threat to women's rights and security

September 21, 2020: Armed violence is a threat to peace and sustainable development

October 1, 2019: Sida must prioritize the work against the illegal distribution of weapons 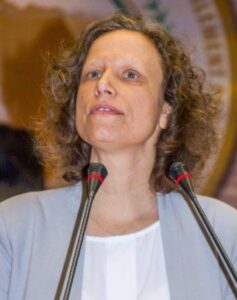 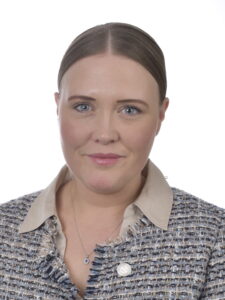 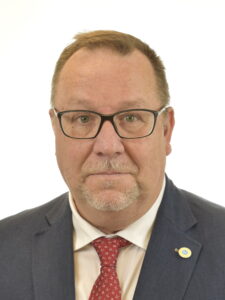