We consume far more than the planet can handle. The overexploitation of nature's resources and emissions of greenhouse gases constitute a major environmental threat. At the same time as interest increases in producing and trading goods and services that are good for the well-being of both the planet and people, the material footprint of Swedes also increases drastically. Sustainable consumption and production patterns, goal 12 in the global goals for sustainable development, is one of Sweden's biggest challenges when it comes to becoming a sustainable society, according to the majority of reports and evaluations an inquiry into Agenda 2030 and the global goals for sustainable development.

- The system we have today, where we destroy and exploit in one place and trade all over the world to consume and create more waste, is a main reason why we risk the stability of the planet, says Johan Rockström, professor of environmental science and head of the research institute Potsdam Institute for Climate Impact Research.

Sustainable consumption broadly means creating a better society from a socio-economic aspect, taking into account the climate. Today, there is an uneven distribution in the world, and a large part of the ecological burden is placed on developing countries that do not benefit as much economically, according to the OECD.

Food production is a climate culprit

- We are making a double mistake right now, says Johan Rockström at the packed seminar "How do we save our planet and our future?" during Almedal Week 2022.

He aims for us to increase carbon dioxide emissions while at the same time impairing nature's ability to recover. In order to reverse the trend of global warming and avoid the biggest climate-related effects, a change in several sectors is required, says Johan Rockström. It is about placing the economic system within the limits of the planet and realizing that the cost of the climate is transferred to others - such as future generations.

According to Johan Rockström, two central changes are required for human development not to exceed the earth's limits – an energy change and a change in agriculture. Globally, food production constitutes the largest consumption of fresh water and one of the industries that contribute to the most emissions of greenhouse gases. In addition, agriculture contributes to the eutrophication of the Baltic Sea, deforestation, loss of carbon sink – that is, the storage of carbon dioxide by plants – and loss of biodiversity.

- If we fix the food, we also solve a major climate impact, he says.

- To find out how much Sweden can emit, we have to look at the global level, says Gustaf Lind, WWF Secretary General.

Together with researchers at Uppsala University, among others, WWF has developed the analysis tool Climate control, which calculates Sweden's carbon dioxide budget - i.e. what Sweden can emit to stay within the planet's limits. In order to be in line with the Paris Agreement's 1,5 degree target, Sweden needs to reduce its emissions exponentially by 20 percent per year until 2030.

- The goals that were previously set are insufficient, says Gustaf Lind.

The transition to circular flows

- Consumption has long stood for prosperity, begins Karin Winroth, associate professor of business administration at Södertörn University, at the seminar "More or less - how do we create balance in our consumption" during the Almedal week.

At the same time that consumption has become a problem that increases the pressure on the earth's resources, the pressure to consume more is also increasing.

- We are lured into consumption patterns, without reflecting so much on what it does to us, says Karin Winroth.

In the consumption report "Sustainable mindsets", which Borås University has developed together with an analysis company in 2022, most people in the world need to change their consumption patterns. Some need to consume more and others less in order to achieve a sustainable lifestyle. At the same time, we are moving towards a "consumption paradigm" - where circular flows are given more space in the view of the future economy.

- We must both reduce consumption and production but also create more circular systems for consumption. More and more sectors have begun to understand this, but few have begun to apply it, comments Johan Rockström after the seminar "How do we save our planet and our future".

- In Europe, the individual choices of consumers are in focus, while the discussion in the rest of the world is more based on issues such as lack of resources, safety and responsibility issues, writes Birgitta Losman, sustainability strategist at the University of Borås and responsible for producing the report, on the university's website.

The transition to sustainable consumption and production is part of meeting national climate goals and international commitments. At the same time, emission reductions must not come at the expense of people or the environment.

- We have to accept sustainability policy as fraught with conflict, there are several parties who want and must be allowed to lead present their interests in the matter, says Michael Gilek, professor of environmental science at Södertörn University, at the seminar "Sustainability policy - consideration for the future or the struggle for resources?" during the Almedal week.

From a justice aspect, it is needed clear decision-making bases and impact analyses, which also include the consequences of not acting, he points out.

Agenda 2030: 17 global goals that were adopted by the world's leaders in 2015. The goals must contribute to a socially, economically and environmentally sustainable development and be achieved by the year 2030 in all countries of the world.

The framework of the planetary boundaries: The concept of the sustainable limits of the planet was first published in 2009 and identifies the environmental processes that control the stability of the earth and shows that there are several environmental changes that are driven by us humans.

Carbon budget: The amount of carbon dioxide we have left to emit before we risk increasing the temperature that violates the Paris Agreement by 1,5 °C. The UN's climate panel IPCC produces new carbon dioxide budgets for the amount corresponding to various temperature increases.

Territorial emissions: Included in Sweden's public statistics, but does not measure emissions that Swedes contribute to but that occur outside Sweden's borders.

Production-based emissions: Stands for emissions caused by Swedish actors in the economic market. 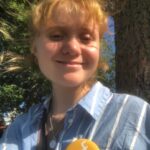