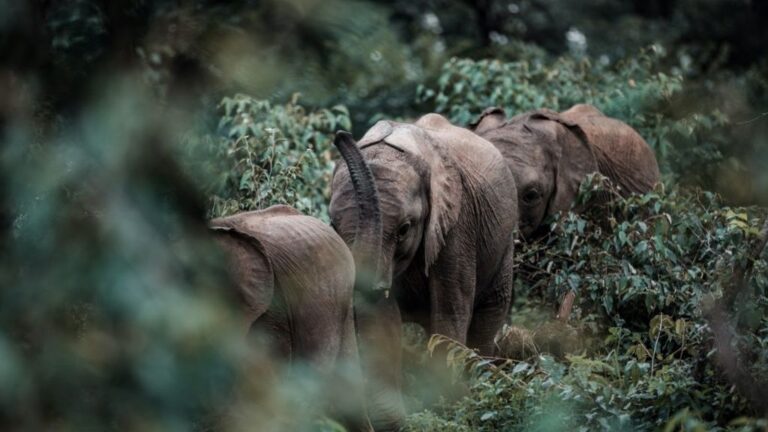 When Gabon 150 million was promised kronor of Norway for its rainforest, the country paved the way for a new sustainability strategy. The initiative is highlighted as a successful example of how international forces can come together and promote sustainability. Despite this, voices are being raised among the local population that the model, although successful from an ecological perspective, endangers people's social and economic development.

Few countries have as much forest as Gabon, whose land area consists of over 85 percent forest. The forest is part of the Congo Basin and is known for its rich wildlife. Among other things, more than half of the world's remaining forest elephants live there. One of the reasons why they thrive so well is that Gabon, as a result of the country's lucrative oil reserves, has been able to afford to leave the forest alone.

In 2016, oil accounted for half the country's GDP, while the forest alone accounted for 2.9 percent. However, falling oil prices and overused oil fields have resulted in a declining economy. That is why Gabon's politicians, together with the World Bank, formulated new requirements on diversification of economy and market.

Gabon's GDP per capita is still high, but the government has failed to allocate resources equally. In 2013, a third of the country's population lived below the $ 150 per month poverty line. In over 60 percent of the country's regions, access to healthcare, electricity and clean water had also decreased. This was stated in a report from McKinsey Global Institute, as according to World Bank came to play a crucial role in the country's new policy.

The dream of a green superpower

What distinguished the new strategy "Emerging Gabon", which was drawn up by the country's politicians a decade ago, was that it intended to make Gabon a leading economy - not at the expense but with the help of the country's rainforest. The guidelines' focus on sustainability was noted by the Central African Forest Initiative (CAFI) and soon the two parties entered into a partnership. Together they decided on measurable goals and rewards, and earlier this fall it became official - Gabon gets $ 17 million from Norway via CAFI for its successful sustainability work. Assuming they keep the same track, compensation in the form of donations totaling $ 150 million awaits.

- I am very pleased with this results-based partnership through CAFI. It's a breakthrough, he said.

"We must increase the value of Gabon's rainforests to ensure that conservation and sustainable exploitation can be used as tools to improve the living standards of the population," he said, adding that he hoped the initiative would encourage international actors to continue creating incentives for rainforest countries. .

The rainforest - the big winner of the climate conference

Gabonese politicians have long advocated financial compensation for countries that preserve their forests. The climate researcher Andrew Mitchell, founder of the Natural Capital Finance Alliance, justifies the position that countries that oppose deforestation should be compensated by refraining from economic development for the benefit of all the inhabitants of the world.

Following the outcome of the climate conference, the model has received a new boost. Gabons representative Gahouma-Bekale praised the world leaders' promises regarding deforestation, but pointed out that many African countries are still struggling with poverty and therefore need more time to ensure a humane transition.

Unfortunately, Gabon's rainforest model does not seem to solve the difficulties of ensuring ecological, economic and social sustainability in parallel. If the money that the country receives is primarily invested in further sustainability work, as instructed by CAFI, the compensation is not enough incentive for residents who are still fighting for fundamental rights. Irrespective of whether the strict regulation of the rainforest benefits the climate and Gabon's rulers, mean residents that it costs them income and well-being. Many experience that the president cares more about elephants and rainforests than about the population. A woman living on the outskirts of the capital Libreville expressed her frustration in one interview with the NY Times:

- There are no jobs in this country. Zero, zero, zero. I'm looking for change, but there is no change, she said.

Another resident in the region said that Gabon's forest is a source of national pride, but that, unfortunately, it is not enough.

- You can not be proud and live without a roof over your head, he explained.

The man, who walks along a forest path to his bank job every morning, has neither electricity nor running water. For him, and many others in his situation, the forest represents nothing more than a vital necessity that the government now forbids him from using.

Whether Gabon's president and his successors succeed and more countries are compensated for their rainforest remains to be seen. What remains is the fact that the debate on deforestation has taken a new turn with the outcome of COP26. Gabon's model may become very significant, but this requires that the perspective of the local population be included in the formulation of the strategy that hopes to be able to stop deforestation by the year 2030.