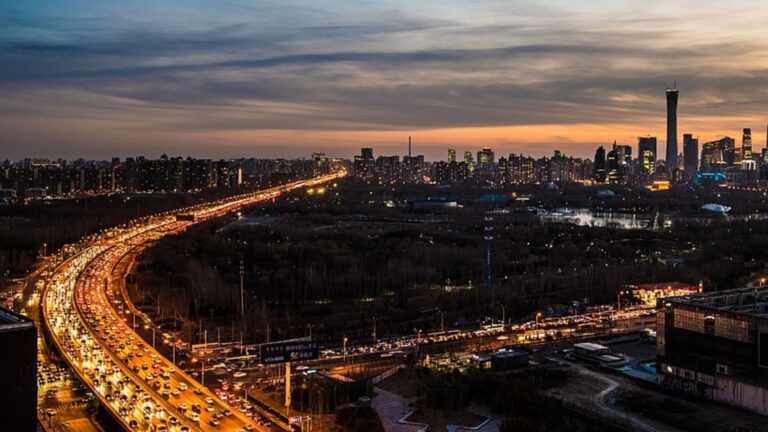 Despite new promises of investments in renewable fuels, China is still expanding its coal industry. Photo by Picrazy2

China's new five-year plan aims at ambitious targets for renewable energy, a less export-dependent economy and technological development. The intention is to increase the prosperity of several hundred million people and counteract climate change. But can we trust what the Communist Party promises, and will they be able to hold on to power?

The Chinese Communist Party's fourteenth five-year plan, which will apply for the years 2021–2025, will finally be adopted in March 2021. The plan aims to expand the domestic market and contribute to a tripling of China's GDP per capita by 2035., It also contains more ambitious targets for renewable energy with the aim is to reduce the country's carbon dioxide emissions from 2030 in accordance with China's commitments in the Paris Agreement in 2015 and achieve net zero emissions by 2060. This would make China, which accounts for 28 percent of the world's greenhouse gas emissions but also drives development in solar, to an even more important player in the world's transition from fossil fuels.

China's economic development, which has relied mainly on export-oriented industries and low-wage labor, has made the country the world's largest emitter. If China chooses a more sustainable development path in the future, it would make it easier for the world to stabilize the concentrations of carbon dioxide in the atmosphere. At the same time, it is important to be skeptical of what the Communist Party promises; China is in fact still increasing coal power. The question is therefore which plans apply: the short-term plans that point to increased emissions, or the long-term plan that aims at carbon dioxide neutrality. This in turn rests on the stability of political power in China.

According to the development economist Paul Collier the number of protests in dictatorships is increasing the population is getting richer. Protests in China have increased since the 90s, but it is unclear whether this actually threatens the Communist Party's grip on power. The reason for this may be that China, despite being a dictatorship, can be considered one including state where the interests of the elite in many ways coincide with those of the general population, precisely because the power of the elite is stable and that they therefore invest in long-term development.

Julian Evans-Pritchard, however, expresses in Al Jazeera that the interests of business and the Communist Party have begun to differ more and more, and that this is one of the reasons for politics' new focus on the domestic market. The business community wants to see more liberalization, he says, but increased openness to the outside world would pose a threat to the Communist Party.

If the party implements a policy that undermines its support from the business community, the power of the government will become more unstable. This could lead to a more short-term (and less climate-friendly) policy focused on retaining power. At the same time so gives improved monitoring technology via AI, another expected key investment in the new five-year plan, increased funding for the party to control the population and counter protests. Where these forces will lead China in the future, no one knows. The only thing that can be said is that they present both hopeful and frightening opportunities for the country.

Aron Malmborg is non-profit active at FUF as a writer.