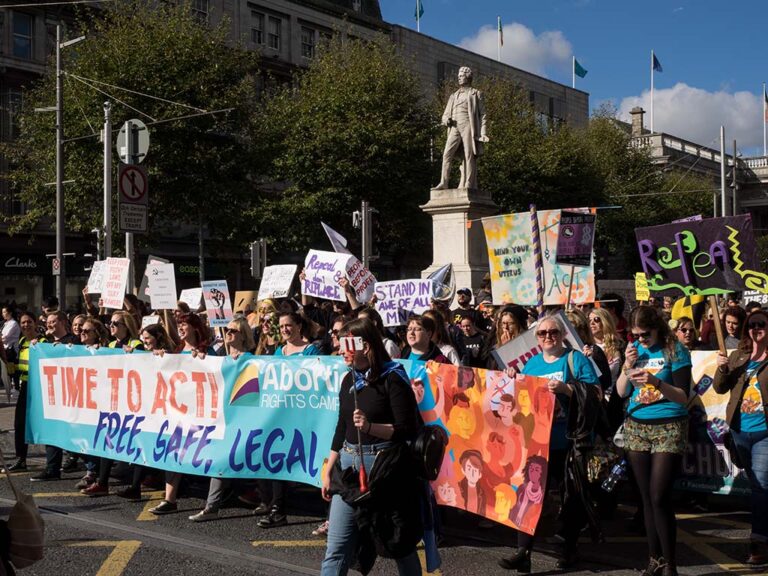 US President Donald Trump is controversial in many ways. I hardly need to describe him more than that. In addition to the millions of American citizens who are directly affected by his domestic policy decisions, are affected million others of his foreign policy. No other country in the world possesses as much capital, or in other words power, as the United States. This becomes especially clear when the president expands the policy known as the "Gag Rule", which stops aid to organizations working on family planning and abortion issues.

The majority of the countries of the world today do not offer free abortion to their citizens. When the crucial funding is withdrawn, the number of abortions does not decrease - on the contrary, they increase. The proportion of unsafe abortions can put thousands of women in danger if they perform the abortion themselves. In the same way, sexually transmitted diseases spread when the distribution of contraceptives decreases.

Even if the future looks bleak, there are examples where the progressive forces seem to be sailing in tailwinds. One such is Argentina, where votes are now being raised for more liberal abortion laws. The discussion on social media has spread to the country's congress where politicians are intensely debating the issue. This is great because the historically conservative country has had very strict laws, like other Latin American countries.

I believe that civil society plays a crucial role in this issue. Whether we use social media,

street protests or petitions, the main thing is that we organize together. This is especially important when nationalist ideas and populist proposals dominate the political debate.

Therefore, I am convinced that we will soon see a change in a positive direction. Because even if politicians create new laws or change rules, in a democratic society they will always be dependent on their voters.

The legislation of individual countries, as well as global donors, has a significant responsibility here. The United States' global health budget is $ 9 billion. Money that saves lives. We can only hope that three years go by quickly.

The Global Gag Rule, or "Mexican City Policy," is a ban that limits U.S. funding to organizations that work similarly with family planning. The policy was issued as early as 1984 and has been traditionally introduced by all Republican presidents. Donald Trump now strengthens the ban further and extends it to the entire US global health budget by just over
$ 9 billion. It is currently unclear how much effect the policy will have, but the consequences are assumed to be extensive.