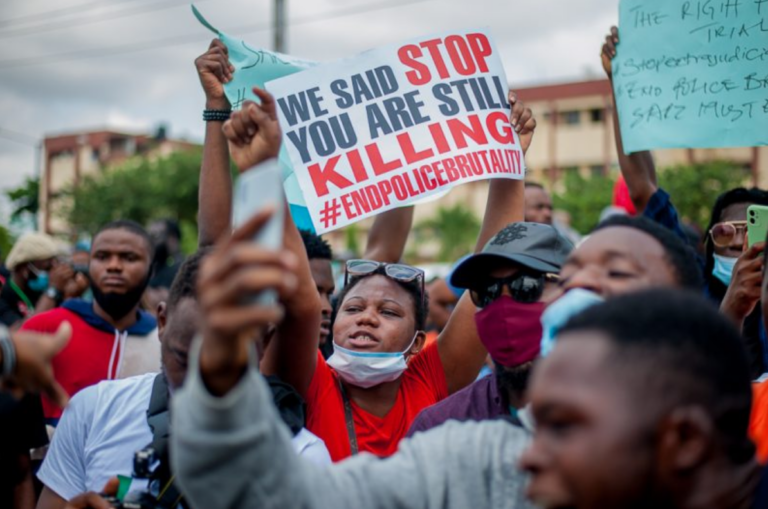 During the week, protests against police violence took place in Nigeria. The city of Lagos has been marked by peaceful demonstrations against SARS (Special Anti-Robbery Squad) and police brutality in the country. Several participants and police have been injured and killed since the protests began a few weeks ago.

SARS is a special unit that was formed in the early 90s to deal with serious crime, but has over the years been accused of using the same mafia-like methods as the groups it was formed to fight. Protests against the excessive brutality of this special force against the Nigerian people have marked the country, writes Dagens Nyheter.

Amnesty International wrote on Twitter that it had received "credible and offensive evidence" that the police had used "violence that caused deaths", rreports Dagens Nyheter. Nigerian President Buhari has reportedly killed 69 people during the protests. At the same time, the army has stated that there would be no soldiers on site.

Protests around the world have grown against police brutality and SARS, including in central Stockholm during the past week. Several politicians and those in power have condemned the violence. One of them is UN Secretary-General António Guterres, who has drawn attention to the situation and called on Nigeria to "put an end to the alleged police brutality". reports Svenska Dagbladet.

In Sweden, some focus has been on the country's contribution to the UN World Food Program (WFP). October 21 had the government a press conference between Peter Eriksson, Minister for International Development Cooperation and David Beasley, WFP's Executive Director and Carin Jämtin, Director General of the Sida Authority. There, the importance of the food program for the world's needy was discussed, especially in the waves after the corona.

Sweden is WPF's largest nuclear support provider and the government announces that cooperation between Sweden and the UN's food program will be deepened. WPF's executive director David Beasley believes that the situation is extremely serious and that the global hunger has adopted what he calls "biblical measures", writes OmVärlden. Beasley also says that the world's billionaires should also contribute financially, especially those who made more money during the pandemic.

If you want to save the climate, invest in the railway

EU pig farming must at least be climate-smart

Do not let the poorest pay for the climate crisis

The government signs a ban on nuclear weapons

During the pandemic, the work of midwives is more important than ever

The billion-dollar rollout in development aid policy is almost fruitless

Sanna Lindh is a non-profit active at FUF as a world monitor.