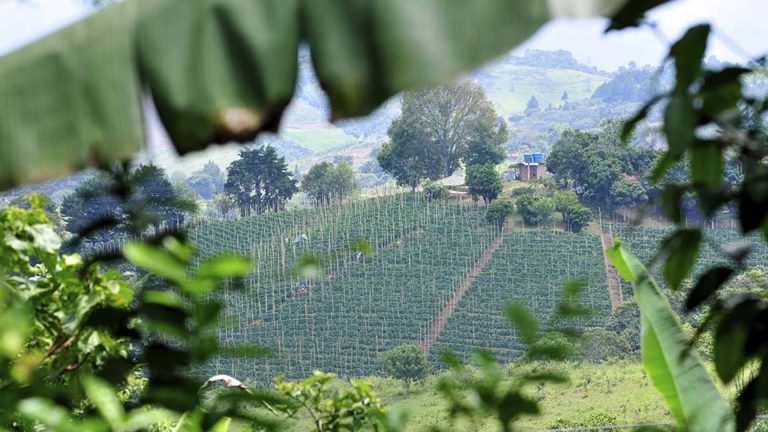 Peace in Colombia is fragile after new armed groups have emerged in different parts of the country. Photo: Niel Palmer (CC BY-SA 2.0)

Colombia's revolutionary armed forces - the People's Army, FARC-EP, is one of the oldest and largest guerrilla groups in the world. When the peace agreement in November 2016 was signed by the guerrillas and the Colombian state, it was a historic moment for peace and Colombia. But one of the biggest difficulties in the peace process has been the inability of the Colombian state to deal with the guerrilla-controlled areas. Armed groups have now emerged in the areas, wanting to take control of drug production, minerals and other important resources. They offer the FARC's ex-combatants the opportunity to return to war - something that puts the new peace in Colombia in serious danger.

Great enthusiasm from the outside world

The scale of the conflict caused the peace negotiations to arouse great enthusiasm among the international community. The political solution achieved was a huge success, not only for Colombia, but for all of humanity. In 2015, when the UN General Assembly celebrated its 70th anniversary, the then Colombian President Juan Manuel Santos gave a speech on transitional justice and the progress of the negotiations. The signing of the peace negotiations was received with joy all over the world. The message was positive at a time of many conflicts in the world, while for a long period the UN has failed to maintain its mandate as a guarantor of world peace through peaceful conflict resolution.

The peace agreement ended a political, social and armed conflict that lasted for more than half a century, led to around 220 dead, 000 forcibly displaced and between six to eight million internally displaced people in the country, as well as a large number of Colombians scattered around the world as migrants or in exile. Thousands of people have fled death or to create a better life, most have ended up in neighboring countries.

The international community talks about the peace agreement as something unique in its kind. They talk about the importance of justice, forgiveness and reconciliation; about a gender focus to bring justice to a people where women in particular have been hard hit; on an agricultural reform involving the distribution of land to thousands of homeless smallholder families; on changes in anti-drug policy where the focus shifts from compulsory eradication of illegal crops to subsidizing legal crops; and on a political reform to protect the social movements historically silenced by violent methods.

The same voices emphasized the importance of both parties agreeing on the peace agreement. They emphasized that the state should participate in the development of healthcare, education and infrastructure in the territories left by the FARC, in order to avoid the entry of new, illegal actors. They also stressed the importance of the ex-combatants' fundamental political, economic and social reintegration.

Many experts stressed the enormous importance of the implementation of the peace agreement, the risk of returning to war is usually particularly high in the first year. Two years later, it looks positive for the reconciliation work with some of the victims of the conflict. The FARC has handed in its weapons, property and money. Today they have become a political party. They participated in the country's national elections in 2018 and received funding from the Colombian state in accordance with the statutory conditions. They won eight of the ten reserved seats for ex-combatants in Congress and have participated in the country's important political debates.

But in addition to the hundreds of murdered social leaders in recent years, murdered by paramilitary groups in state-controlled territories, 78 ex-combatants have been murdered. One of the former negotiators during the peace talks, who would have served as a spokesman in Congress, has been detained for six months without knowledge of the alleged evidence against him. Ten former FARC leaders have now gone underground as they consider themselves lacking the promised guarantees of political participation and are afraid that they too will be arrested.

The idea was that the ex-combatants would live near the military or police who could guarantee them protection. But many have left the places. They are tired of the endless attempts to get the promised financial support and feel fear for their lives as the state does not protect them from violence by new armed groups. These illegal groups can use ex-combatants as a recruitment base.

The admired and celebrated peace crackles. The state has not fulfilled its part in the agreement regarding the ex-combatants. The new government has also worked hard to counteract the sections of the peace agreements on agricultural reform and the general gender perspective. The breaches of the peace agreement create a breeding ground for a new escalation of conflicts. They also increase the existing geopolitical risk of conflict, which could throw Colombia and the region into a new war.

Sweden - which has invested in Colombia's peace and contributed with both capacity development and expert advice - can go in and talk directly with the parties. In addition, Sweden can make public statements in support of compliance with the agreements. Is it somewhere Sweden can and should follow up that aid efforts do not go to waste, it is in Colombia. Sweden should be able to work to condition development cooperation, also at EU level. Peace looked beautiful on paper, but those in the international community who support peace should listen to civil society's warnings about the fragility of peace.