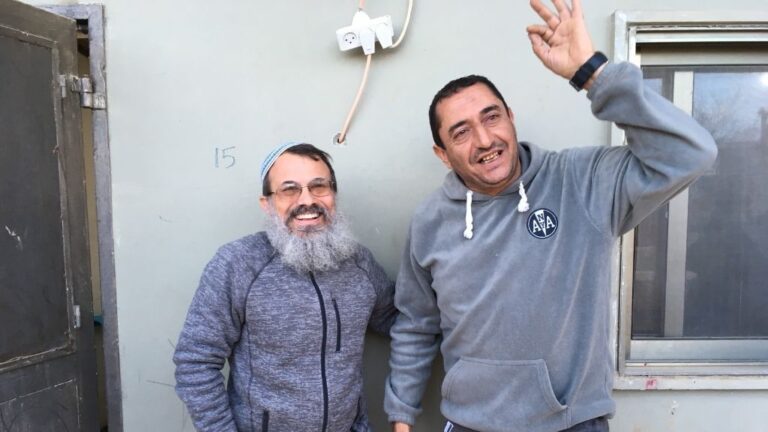 In the spring of 2019, I was at the West Bank for three months as a companion. Ecumenical Companion Program (EAPPI) is in place in Israel and Palestine to curb violence through international presence, promote respect for international law and show solidarity for both Palestinians and Israelis.

Together with my English, Finnish and Swiss colleagues, I was stationed in one of the world's oldest cities - sunny, dusty Jericho. Three days a week we herded sheep together with Bedouin families in the northern Jordan Valley. The rest of the time, we made study visits to various parts of civil society and Sweden's diplomatically dispatched, listened to lectures by peace organizations and visited Palestinian families whose homes had been destroyed or olive trees cut down.

Companions in Jerusalem, Bethlehem and Hebron have a much tougher everyday life - where contradictions are constantly present. During my time in the Jordan Valley, I never saw any direct violence, but I mostly saw goats, sheep, donkeys and rolling hills covered in spring flowers.

The most inspiring meeting I took home was with the organization Roots, an organization that works with peace in Israel and Palestine. The two founders - Israeli Rabbi Hanan Schlesinger and Palestinian Khaled Abu Awwad - shared a vision to bring more people together. They were both well aware of the difficulty, and the necessity, of making room for the other's truth and that one of the most important tools going forward is to create a common story.

- We are a local group that tries to find a way to change reality based on the fact that there are both Palestinians and Israelis. The Jews have been here for 3000 years, since Abraham. They have no other place in this world. Everyone belongs here. We both belong. We already live together, but with a lot of hatred and fear, said Khaled Abu Awwad when he described the organization's activities.

Rabbi Hanan Schlesinger moved from the United States to Israel when he was 18 years old. During his first 33 years in the "Holy Land," he did not meet a single Palestinian.

- How is that possible ?, he asked us. How can neighbors live so close to each other without meeting?

One of the answers becomes clear from the large red sign a traveler on the West Bank will sooner or later encounter along the roadside. It is aimed at Israelis traveling into some of the urban enclaves that make up Area A - where the Palestinian Authority is responsible for both administration and security. The sign shows that it is forbidden, life-threatening and against Israeli law to enter the area. Not one, but three strong arguments for staying away.

Elsewhere, for example, Palestinian Hebron residents who want to go to Friday prayers in the mosque must stand in line behind bars. They are then locked through an ID and security checkpoint to get from the Palestinian territory H2, into the Israeli-controlled part of the city called H1.

What does it do to a human being when words and behavior create these barriers? What does it do with how we see them on the other side of the barrier? The words of the red sign arouse fear and suspicion. The narrow sex a feeling of powerlessness and diminution, when forces such as courage, trust, autonomy and human value are the way to peace.

Rabbi Hanan Schlesinger agrees with this:

- People are sick of ignorance, stereotypes, fear and trauma. But when people meet, you see how some healing takes place.

He does not believe that peace is possible until Israelis and Palestinians learn to see each other as human beings.

Recognition is the beginning of reconciliation and peace. Reconciliation must be taught in schools, studied in mosques and synagogues. Everyone must take responsibility for what is to come.

In a later interview has he stated:

- I'm pretty sure that Israelis and Palestinians are not ready for peace. Before we sign the agreements, we must prepare the people. My theory is that where we are now, work between people is more important than negotiations and politics.

Ebba Åkerman has worked with social inclusion in Swedish society for the past ten years and is the founder of the organizations Invitationsdepartementet and Nya Kompisbyrån. She has studied political science, art history, theology and has a master's degree from Stockholm Resilience Center. She has spent the past year on an organic vineyard in Greece. Ebba was a companion in the spring of 2019 based in Jordandalen. 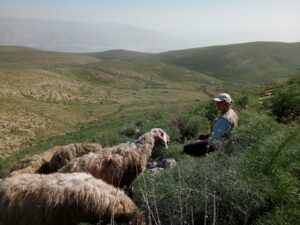