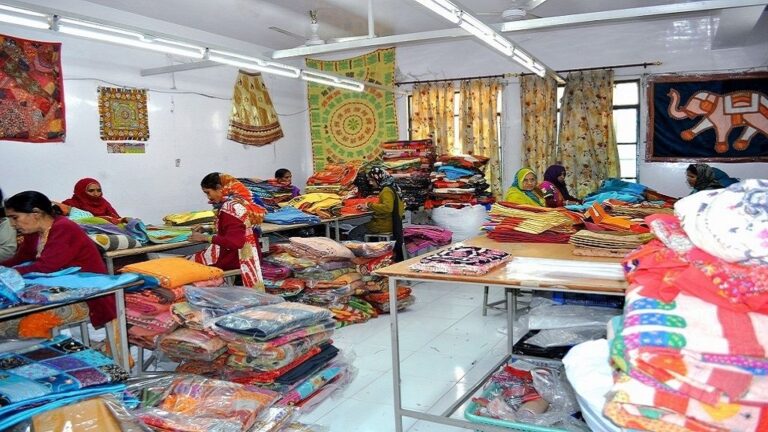 Child labor, 70-hour work weeks and non-living wages. This is the reality for many workers in other countries who produce goods for Swedish companies. Despite this, there is no legal requirement that Swedish companies must respect human rights abroad.

Swedish companies are today well established in the global market. Many companies have their own operations or subcontractors in countries where workers' rights are violated all too often. Despite this, there is currently no law that requires Swedish companies to respect human rights abroad.

- Swedish companies' work with sustainability is often highlighted, but the effects are all too rarely seen further down the supply chains. There are not enough requirements for companies to respect human rights abroad, says Åsa Beckius, policy adviser for the private sector at Diakonia.

To draw attention to the problem, the umbrella organization Concord launched the campaign in September Show Action Power. The call is a collaboration between civil society organizations, trade unions and companies with the goal of legislation that requires companies to respect human rights throughout the supply chain.

- We want the government to work for an effective law at EU level and that an investigation is appointed on how a Human Rights Due Diligence legislation can be integrated into Swedish law, says Maria Sjödin, expert business and human rights at Fair Action.

Human Right Due Diligence legislation (HRDD) means that companies must carry out an analysis of the impact of their operations and suppliers on human rights. Persons who have been exposed to human rights violations must also have the right to pursue the case in Swedish court.

When it comes to human rights violations linked to the production of goods, several industries are problematic. The clothing industry is an example in an exposed industry. The majority of the clothes we buy in Sweden are produced in countries such as China, Cambodia and Bangladesh, where working conditions are often difficult.

- The worst examples of violations of employees' rights are further down the supply chain. It can be about forced labor, overtime, that union representatives are fired because of their commitment or that the work environment is a danger, says Maria Sjödin.

Ulrika Sandberg, an expert in corporate responsibility and human rights at Amnesty, also says that the production of lithium-ion batteries, which are often found in our mobile phones, electric cars and electric bicycles, can contribute to human rights violations abroad. In two reports from 2016 and 2017 Amnesty reviewed the extraction of cobalt in the Democratic Republic of Congo. Cobalt is an important component for the production of lithium-ion batteries and the reports could, among other things, link the extraction to dangerous working conditions and child labor.

Sweden is lagging behind

- Our review shows that volunteering is not enough, says Maria Sjödin.

- Other European countries already have this type of legislation, says Åsa.

In countries such as Switzerland, Germany and Norway, bills are required that require companies to carry out an HRDD analysis, and in Finland, the government has carried out an investigation into the possibilities of introducing legislation with HRDD. The issue is also being discussed at EU level and in April 2019, EU Justice Commissioner Didier Reynders announced that the Commission will present a bill next year that will include binding requirements for companies to carry out risk and impact assessments on human rights and the environment.

- It is historic that a process to produce legislation at EU level has begun, says Maria Sjödin, Fair Action.

In a written comment to Utvecklingsmagasinet, Minister of Foreign Trade Anna Hallberg writes that "Sweden is very positive that the European Commission is producing a proposal and that we have a common position in the EU." However, Maria Sjödin wants to see more action from the government.

- The Swedish government has been vague. With the campaign, we want to see the Swedish government go out and say that this is a priority issue and that they are pushing for effective legislation within the EU. We must get companies to take greater account of working conditions and human rights when they make their purchases, so that those who manufacture our products get better, says Maria Sjödin.

At the international level, there are the UN's guiding principles from 2011. The principles state that companies must be able to identify, manage and account for their impact on human rights. The framework is about the state having an obligation to protect individuals from their rights being violated by companies, that the business community's responsibility for human rights and access to compensation for those affected.

At the Swedish level, the government has made it clear that companies are expected to respect human rights in all their activities. This is clarified in, among other things, the Platform for Internationally Sustainable Entrepreneurship from 2019 as well as in Sweden's national action plan for entrepreneurship and human rights. Sweden also has a law that requires larger Swedish companies to report sustainability. However, the law does not require companies to carry out an HRDD, nor are there any sanctions linked to the law.

Amanda Lindell is a non-profit active at FUF as a writer.