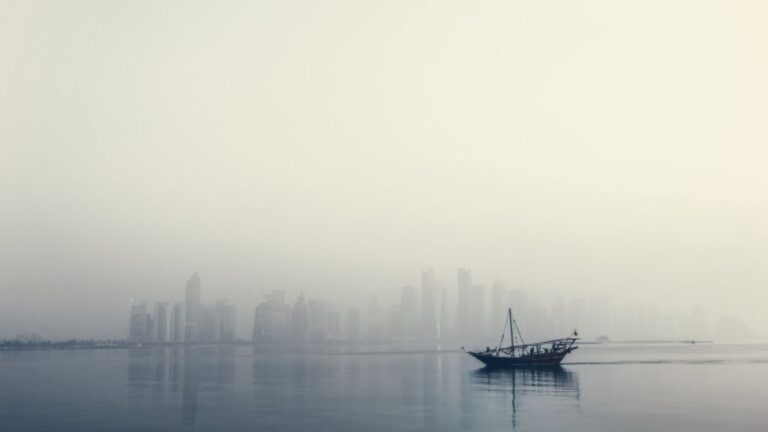 In January next year, the UN will hold its fifth conference on the world's least developed countries. The conference will be held in Qatar's capital Doha. In preparation for the conference, the UN invited to the LDC forum in Helsinki in October. Photo: herosdem. Source: Canva.

The ongoing Covid-19 pandemic has reduced gender equality in the world and the UN Secretary-General has referred to gender-based violence as the "shadow pandemic". At the UN conference LDC Future Forum in Helsinki, researchers state that women must be included in politics and the labor market if we are to achieve more peaceful, fair and inclusive societies.

In Qatar's capital Doha, the UN will hold its fifth conference in January next year on the world's least developed countries, the so-called LDCs - “Least Developed Countries”. As a contribution to the conference LDC5 therefore invited, among others, the UN Ministry UN-OHRLLS (the United Nations Office of the High Representative for the Least Developed Countries, Landlocked Developing Countries and Small Island Developing States) to the LDC Future Forum conference in October. On location in Helsinki and digitally, the audience was given the opportunity to listen to academics and researchers who presented their main discoveries regarding various problems facing the least developed countries. The conference would result in guidelines for how different actors should act within a ten-year period.

During the second day of the conference, a panel discussion was held on how to build societies that are peaceful, fair and inclusive. The ongoing Covid-19 pandemic has raised the issue of gender equality in several ways. The pandemic has reinforced the pre-existing trend of declining gender equality and women's rights worldwide. UN Secretary-General António Guterres has referred to gender-based violence as the "shadow pandemic". According to, among other things, the UN's global study on Resolution 1325, gender equality plays a significant role in the pursuit of peace, as more equal societies also tend to be more peaceful. It is important to include women in peace processes, as women's needs and wishes can then be highlighted and taken into account in peaceful agreements.

Several of the panelists cited the terrorist group Boko Haram as an example of how conflicts today tend to take place within rather than between countries. With female suicide bombers as a common weapon, the terrorist group has killed 20 people and forced over two million people to leave their homes for safer areas - mainly in Nigeria but also in Cameroon, Niger and Chad. In order to reach peaceful solutions, it is important to adapt the peace process based on the region affected, as the nature of the conflict and the region's conditions may look different. The higher the employment rate among women, the more they engage in peace processes, shows one of the panelists' study from Nigeria. Through craft programs, tax breaks and more part-time services, one could speed up the process of both the employment of more women and female participation in peace processes in Boko Haram-affected areas.

Despite the fact that at the UN Conference on Women in Beijing in 1995, it was decided that countries should change their political systems to be able to include women, few have complied with this. One of the panel's researchers therefore gave a strong call to countries to introduce representative democracy because it was seen that women are then exposed to less violence in the election process and also have four times more chance of winning an election, compared to electoral systems where only one candidate can win. The common message conveyed by the panelists was that a peaceful, just and inclusive world will only be possible when women participate in the work of getting there.