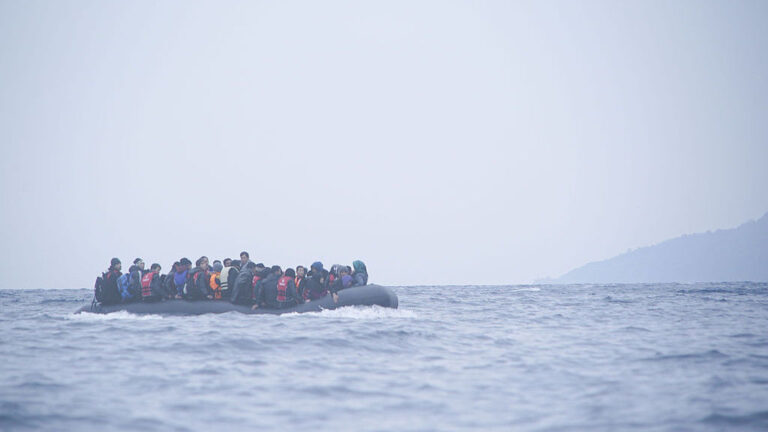 Despite the pandemic, the EU must take responsibility for refugees who come to Europe and treat them with respect, writes Frida Lamberth Wallensteen. Photo: Mstyslav Chernov, Unframe

The pandemic has contributed to the strengthening of world borders as countries fight covid-19. As a result, the flow of refugees dreaming of a safer life is increasing.

By 2020, more migrants than ever have made it to it Spanish island world. The UN Organization for Migration, IOM, has developed statistics which shows that close to 80 refugees have crossed the Mediterranean by boat to Europe so far this year.

Closed land borders in North Africa have made the situation more difficult thousands of migrant workers who have lost their jobs in mines and ports. Many are forced to turn to human traffickers to flee to Europe.

The EU is preventing rescue efforts

At present is only a voluntary organization allowed to carry out rescue operations in the central Mediterranean. The rescue initiative Open Arms announces that fatal tragedies are just happening kilometers from Europe coast, and that events are ignored by authorities.

I Malta the boats are denied disembarkation, due to the risk of infection. At the same time pay EU the Libyan coast guard to prevent human trafficking. Over 7 migrants has this year been stopped by the Libyan coast guard, and brought back to Libya where information about nightmare-like conditions have been reported from refugee camps.

The spread of the pandemic shows how our world is interconnected, and how we depend on each other for trade, labor and research. By opposing migrants and asylum seekers in the way that the EU does, not only is there a violation of human rights - it is also a slip-up in the face of a gentle and humane recovery from the pandemic.

The fight against the pandemic seems to give Europe an opportunity to turn a blind eye to the refugee crisis that is going on behind its closed national borders. Instead of preventing people from fleeing, EU countries should meet these people with understanding and respect. A shared responsibility to receive migrants during and after the pandemic is needed for a fairer world in the future.

Frida Lamberth Wallensteen is non-profit active at FUF as a writer.