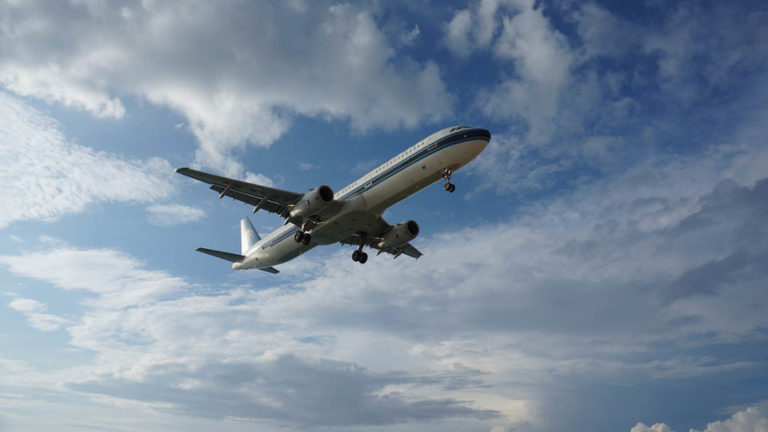 When most debaters in the Swedish media have devoted themselves to discussing Sweden's domestic policy, a few enthusiasts have offered a debate on Sweden's role in the climate and global sustainability. Air emissions, water consumption and nuclear power are some of the topics discussed during the week.

"Air travel is increasing too fast and the technical development and restrictions are going too slowly," write three representatives from the Left Party in a debate article in Dagens ETC. They are skeptical that Sweden will be able to achieve its emissions targets if we continue on the same path as now. From an international perspective, the writers want to see that Sweden does more to push the issue of taxation of aviation fuel. Aviation has long been exempt from all measures to convert to a fossil-free society. But it is no longer possible, the debaters write.

In Göteborgs-Posten, the historian Christer Nilsson offers a reflection on Swedes' consumption of water. There are many indications that water supply - and distribution - will be one of the global challenges of the future. In Sweden, more than 130 million liters of bottled water are sold every year, despite our large supply and high quality tap water. This at a time when about 2,1 million people in the world lack access to clean water. It takes three liters of water to produce one liter of bottled water. And in addition to choosing tap water instead of buying, we should also think about the food we throw away from the plate, writes Christer Nilsson.

A debate post by the entrepreneur Karolina Wallin Brorsson in Sydsvenskan also talks about the role that Swedish private individuals can play in the development of our planet. "We must start reformulating the measures of growth so that success for companies is not only measured in economic achievements, but also in social and environmental ones," writes Wallin Brorsson. If people start shopping according to sustainability thinking, companies will naturally follow the trend and have to respond to the customer's requirements. In the future, Wallin Brorsson predicts that there will be a growing market that allows Swedish customers to rent everything, a “sharing economy” that reuses products in a sustainable way. "Owning will no longer be as important," says Wallin Brorsson.

From a different climate perspective, Martina Sturek, chair of Women in Nuclear Sweden, highlights the low impact of nuclear power on the climate. In a reply to, among others, the Feminist Initiative's Gudrun Schyman, Sturek believes, with the support of reports from the UN, that nuclear power gives rise to less radiation than solar and wind power. Together with wind power, nuclear power causes less carbon dioxide emissions than solar power, she writes. Nuclear power should be seen as part of the solution to achieve the transition from fossil energy, says Sturek.

"Think of our enormous need for water"
Christer Nilsson, Göteborgs-Posten

"Owning will no longer be as important"
Karolina Wallin Brorsson, Sydsvenskan.

"The nuclear debate must be based on facts - not on ideology"
Martina Sturek, Dagens Nyheter

"How to silence a climate denier"
Pernilla Ericson, Aftonbladet