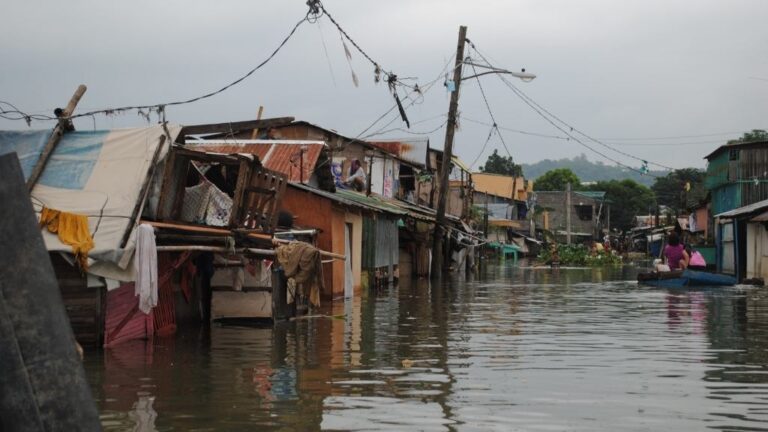 Audio Utvecklingsmagasinet has previously reported that several hundred people have died in South Africa in the suites of the torrential rains that hit mainly the KwaZulu-Natal region in mid-April. In one day, 300 millimeters of rain fell, which is more than twice as much as the precipitation record from 1997, writes DN. The flash floods, which are a consequence of the ground not being able to absorb more rainwater, have led to people drowning or being trapped in houses that have since collapsed. In addition to the large number of deaths in the region, the floods have also caused enormous damage to important infrastructure, as roads, telephone masts, electricity networks and water treatment plants, among other things, have been destroyed, states with the BBC and calls the rain for it "Worst weather-related disaster in modern times in South Africa".

The consequences of climate change are affecting many parts of the world - and the Philippines has also been affected. Tropical storm Megi, which swept across the country on April 10, has claimed a large number of lives and many people are missing, writes DN. The country is considered one of the most vulnerable countries when it comes to natural disasters due to its geographical location, according to with the BBC. Just four months ago, in December 2021, The Philippines was hit by a typhoon that cost the country 375 lives.

Researchers claim that both of these events are examples of the consequences of climate change in the form of more Precipitation and more powerful, more intense tropical storms.  Extreme weather and natural disasters are increasing and will continue to increase in step with climate change, he says UN News. These will not only happen more regularly but will also become more and more serious.