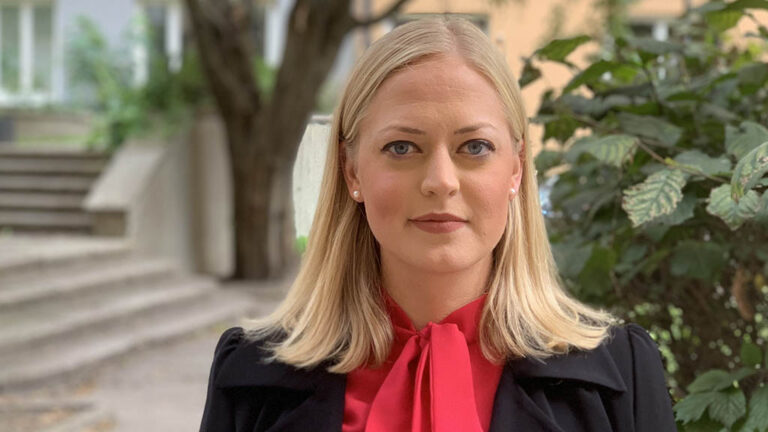 Young people have a key role and should therefore be given a place in the debate on peace and security, writes Veronica Sällemark.

According to the young people of the world is our biggest global challenge the climate crisis, followed by the risk of a large-scale war. We have a difficult security situation globally. It requires new perspectives and more voices in the debate on Sweden's role in global sustainable peace and security. Young people have a key role and should therefore be given a place in the debate, writes FUF's Veronica Sällemark

September 21 is International Day of Peace. Since the day was established by the UN in 1981, much has changed in the global security situation. Instead of what in the 1980s was called "a global balance of power", today we have several countries with strong claims to power.

Democracy and institutions are increasingly being questioned - and in many parts of the world, nationalism, fundamentalism and terrorism are on the rise. We also see how war, conflict and climate change are creating humanitarian disasters in the world. And how borders are blurred on the one hand in step with globalization and on the other hand cemented in step with the crises that take turns.

The Internet has played an important role in disseminating information and at the same time has created new challenges for freedom of expression and cyber issues.

Only in recent years have we witnessed several serious crises and disasters where the question is what we could have done differently. Yemen, Myanmar, Bangladesh, Syria and Iraq - to name a few. The consequences are enormous and humanity is a loser.

But there are flashes of light. The year 2015 adopted UN member states the global goals for sustainable development - where several of the goals are prerequisites for achieving peaceful societies. And for the first time in five years, the Global Peace Index has been measured a slightly more peaceful world.

The focus is often on defense

Although many agree that we are in a difficult global security situation, a broad global security policy debate shone with its absence in the Swedish election movement 2018. To the extent that it was debated, the defense policy dimension was the norm and other perspectives - alongside military rearmament and military alliance building - had to stand aside. At the same time as the Swedish debate acknowledges that the conflict surface today looks different than 30 years ago, both the description of the problem and the proposed solution tend to fall back on the rhetoric and solutions of the time.

At FUF, we are therefore now working to broaden the Swedish peace and security policy debate - within the project Sustainable peace and security. We do this both by stimulating more perspectives and by broadening participation among young people in power. For young people, not only in the future will today's decisions be affected - or non-decisions. Young people are already affected today by both old and new decisions. It is therefore a matter of course that young people should participate in the debate - and in Sweden's work for a more peaceful world.

Conflicts must be handled as a whole

Today's major global security challenges are not effectively met with military components alone. Sustainable global development instead requires broader development and security policy appropriations where issues such as climate change, poverty reduction, economic development, democracy development, institution building, cyber security, education, participation on equal terms and human rights need to be discussed more. We must deal with today's conflicts in a more holistic way. Clearer links are needed between preventive measures for peace, security-creating efforts and more long-term development in order to achieve sustainable political solutions. This is important, because the more peaceful the world is, the safer Sweden is.

One issue that needs to be discussed is where the line is drawn between interests related to state security and human security. Today, for example, Sweden has defined its seven security interests in the national security strategy. It includes human rights, but it is not clear to what extent this strategy extends globally. Nor what real-political interests govern when we both choose to enter the conflict-affected countries militarily and when we choose to abstain. Nor how a global commitment to human rights is a prerequisite for securing Sweden's freedom and security.

To prevent more bubbling conflicts from erupting, we need to actively work for more confidence-building measures to promote peace and diplomacy - and for sustainable global development. After all, it is an enormous achievement that we humans at the global level, with all our differences, conditions and wills, have succeeded in negotiating a significant agenda for sustainable global development. With the global goals, 193 Member States are in favor of fighting poverty, eradicating hunger, ensuring that more people can go to school and work towards set climate goals.

Now we in Sweden need to discuss the global goals, the changed security situation in the outside world and what Sweden's role in the world should look like in the future. With new courage and determination, how can we work for a more peaceful world?

Sweden has the opportunity to play an even more significant role in all stages of peace and conflict issues. And only by turning all the stones - broadening perspectives, raising awareness and mobilizing the will can we reach a more peaceful, freer and safer world for all. In the future, we will therefore have the opportunity to hear young voices about sustainable peace and security.

Veronica Sällemark is FUF's project manager for Sustainable Peace and Security. The project's goal is to broaden the Swedish debate on global peace and security policy and to work to ensure that young voices are given a place in the debate for a more peaceful and secure world. 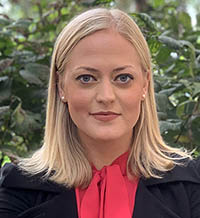