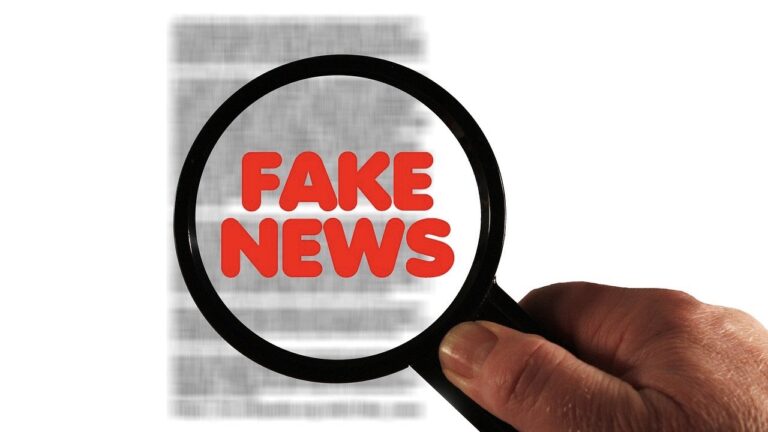 False news is a growing problem in most countries. False propaganda is woven in as news and spread through social media and can eventually threaten countries' democracy.

When we scroll through the flow on facebook, instagram and other social media, we all take more or less part of "fake news". Like when Donald Trump claimed that the ingestion of disinfectants cures Covid-19. For a long time, people have used "fake news" as a method of self-gain. However, it has become much more serious today, as today's platforms reach a larger audience which in turn can lead to severe consequences. Social media today poses a threat to democracy and is one of the major problems that the computer age faces and has done for a long time. Technology is one of the main tools for spreading democracy, but what happens when it also becomes democracy's greatest enemy?

Technology and social media have led to an increased involvement of populations in decision-making. In addition, more, new voices have been given the opportunity to take their place in politics thanks to today's technology. Social media was one of the tools used to spread democratic ideas during the Arab Spring ten years ago, just as it is used today to spread the Black Lives Matter movement. It becomes clear that without technology and social media as platforms, events like these would not have reached as large an audience, which is needed to make a difference. At the same time, social media has become a tool for manipulating elections and has provided a platform for the spread of violence and hatred. It is an ironic paradox that the means that have spread democratic thoughts around the world, now also account for the spread of anti-democratic thoughts.

Democracies around the world are affected

Democracy is demonstrably vulnerable to fake news. The US election in 2016 was affected by fake news, which was also seen during this year's presidential election between Trump and Biden. Existing and future democracies in the global south are also affected by false news that receives a great deal of attention. During the recent parliamentary elections in India, "fake news" increased by 40 percent compared to when there are no elections, and in the 2018 presidential election in Brazil, the electoral authorities were forced to double the resources to counter "fake news". Common to these is the use of WhatsApp, which is used by 1,6 billion people every month. The slow genocide of Rohingya Muslims, who are currently in Myanmar, have also been affected by propaganda spread via WhatsApp. When it is so clear that “fake news” affects democracies around the world, we must discuss whether our society succeeds in distinguishing benefit from harm and justice from injustice in our public conversations.