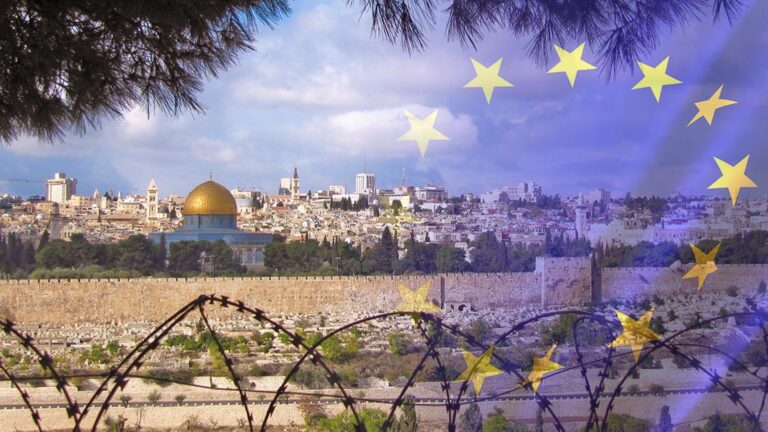 "Shrimp from Indonesia and Thailand, pineapples from Costa Rica, bananas from the Philippines and Ecuador and grapes from South Africa - many products in our food bags are produced with human suffering as an ingredient," write Arissa Ryan and Robert Höglund from Oxfam in a debate article in Dagens ETC . During the week, the EU approved a new law to protect food producers around the world. The new rules are intended to put an end to unfair trade practices and to counteract the exploitation of people behind the food supply.

"The new directive is important for the fight against unfair trade practices. "Now governments, civil society and the European Commission must use it to put an end to the suffering behind our food," the debaters wrote.

In a debate article in Dagens Nyheter, former European heads of government and foreign ministers write that the EU should maintain its Middle East policy and not follow Trump's methodology on Israel and Palestine. The debaters believe that the Trump administration deviates from previous US foreign policy and international standards. "So far, it has only acknowledged one side's claim to Jerusalem and shown a worrying indifference to the expansion of Israeli settlements," they write.

In last week's Aktuell debatt, it was written about the government's decision to reduce the development assistance budget for 2019. Swedish organizations demanded an explanation regarding this in a debate article last week. In response to that debate article, the Social Democrat Anders Östberg and the environmentalist Janine Alm Ericson write on Svt Opinion: "We continue to increase our support for the poorest". They believe that Swedish development assistance should continue to go to the countries that need it most and that there is no reason to feel worried.

"Time to put an end to the suffering behind our food"
Arissa Ryan and Robert Höglund, Dagens ETC

"EU should not follow Trump's dangerous path in the Middle East"
Carl Bildt, Javier Solana and others, Svenska Dagbladet

"We continue to increase our support for the poorest"
Anders Österberg and Janine Alm Ericson, Svt Opinion

Elections in Indonesia and South Africa

"Indonesians must decide whether to return to a more authoritarian society or move towards greater democracy"
André Möller, Sydsvenskan