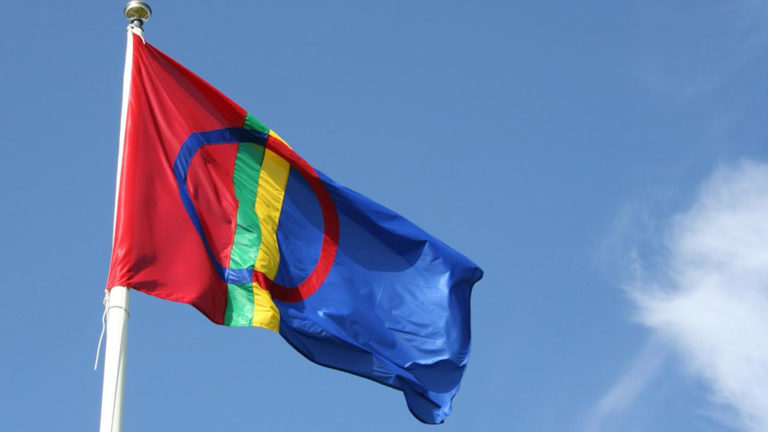 Sweden has not signed the Convention on the Rights of Indigenous Peoples. The knowledge about the Sami exists, but it does not reach society. It turns out that the responsibility for the dissemination of knowledge has fallen on the Sami themselves, but the question is whether that is enough

It has been almost a month since the Sami national day and we are discussing what we really know about Sweden's indigenous peoples. The lack of knowledge makes us start digging ourselves. It turns out that the Sami were recognized as a people in the Swedish constitution in 2011 and that they are also Europe's only recognized indigenous peoples. Long before the borders of Sweden, Norway, Finland and Russia were drawn on the map, there was Sápmi, whose history stretches back several thousand years in time.

The UN Committee on Human Rights has examined Sweden in Geneva and, among other things, criticizes Sweden's handling of all issues concerning the Sami and their rights. Over the centuries, the Sami's access to the mountain world has decreased and for a long time, most legal proceedings have been ongoing regarding reindeer grazing, fishing and hunting. This is where ILO Convention 169 comes in. There is a lot of talk in the media about the convention, but it is sometimes misunderstood what it is. It states that indigenous peoples should have the same fundamental freedoms and human rights as the majority population, with particular emphasis on the indigenous peoples' historical connection to the land. In Sweden, ILO 169 would not mean any new land rights, but it would recognize that the people have lived there since before Sweden's borders were drawn. It would also ensure that the Sámi reindeer husbandry, land, water, culture and environment are protected from the management and extraction of natural resources.

To try to understand what the convention means for the Sami, we call Ragnhild Nilsson. She is a doctoral student in political science with questions about indigenous peoples as a major. She also researches indigenous peoples' right to self-determination and various types of representation.

- There are several ways to go to achieve the same common goal, but it is a symbolically important issue for society. It is unfortunate that the Swedish state has not had a more aggressive policy on the rights of the Sami, but in terms of rights, it has gone further than ILO 169. An ongoing development is taking place regarding indigenous peoples' rights and understanding has gone further than the convention, says Nilsson.

We did a survey that shows that many in Sweden know that the Sami are Sweden's indigenous people and that they have their own language. Almost none of the respondents remember them getting to learn anything about the Sami in primary school. The compulsory school curriculum states that students should have knowledge of the national minorities, but it is up to each individual school if it is actually followed. The Sami Information Center and Luleå University hope to increase knowledge about Sami through the new education plan they have developed. The idea is that it can build a new foundation for how the history and culture of the Sami are taken up in school and what is taught. On behalf of the government, minoritet.se and samer.se are run, whose task is to inform about Sami conditions, says Ragnhild Nilsson.

- The state has for a long time shied away from its responsibility regarding many issues concerning the Sami, but the Sami with the Sami Parliament see it as part of their self-determination to inform and increase knowledge.

Norway signed under ILO 169 as early as 1990 and Denmark followed in 1996, but Sweden has not signed the convention. After the proposal was voted down in 2015, the chairman of the constitutional committee, Andreas Norlén (M), replied that if the proposal had been approved, it would not have led to any concrete changes, but rather been a call to continue working on the Sami issues.

- We have confidence in the process that takes place within the Government Offices, says Norlén and believes that work on ILO 169 is already underway, says Norlén.

We are talking to Carolina Gustavsson from the Left Party Norrbotten, who has exercised to sign the convention. Gustavsson says that it is shameful, but that so far they have not received a majority for the issue in the Riksdag. Ragnhild Nilsson believes, however, that there are more ways than ILO 169 to achieve equal rights. At present, a Nordic Sami Convention is being developed which is intended as a separate version ILO 169. In it, there will be representatives from the Nordic Sami parliaments to provide tools for an improved dialogue between the state, authorities and the Sami people. Nilsson says that since the Sami see themselves as a people, it is reasonable to have a common platform. But according to Carolina Gustavsson, the Nordic Sami Convention does not change the need to sign ILO 169.

More understanding is needed for the Swedish indigenous people and non-Sami have a responsibility to raise the issue and to speak out.

Should it really be the case that we know more about the indigenous peoples of other continents than those who live in the same country?