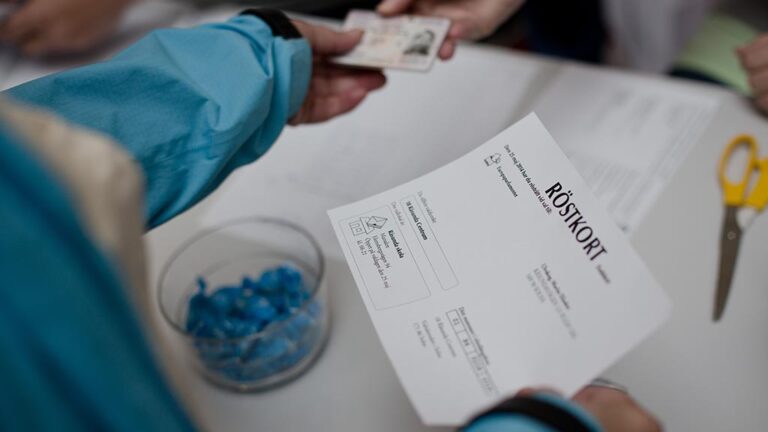 Sunday's election to the European Parliament is a fateful election for democracy and human rights, writes Anna Stenvinkel on Forum Syd. Photo: Per Wilkens

On Sunday, the Swedish people go to the polls again. Now it's about what Europe we want and what voice the EU should have in the world. At a time when threats to democracy and human rights are increasing, the EU's role as a global player is more important than ever, writes the aid organization Forum Syd.

Sunday's election to the European Parliament is a fateful election. The democratic development in the world is reversing for the 13th year in a row. Authoritarian regimes are increasingly cracking down on their own people and critical voices are being silenced. Civil society, human rights defenders, environmental activists and journalists are facing increasing threats and violence, and countries are facing repressive measures that are shrinking democratic space.

Fundamental freedoms and rights are also threatened within the EU. In several European countries, we are seeing restrictions on freedom of expression, attacks on the media and academic institutions and the erosion of the rule of law.

A majority of the Swedish candidates in the EU election believe that the EU needs to take strong action against countries that violate human rights, both within and outside the EU, shows a survey from Forum Syd. There is a consensus among the parties that the EU should impose sanctions on countries that systematically violate human rights and that EU subsidies should be able to be withdrawn for member states that violate the rule of law.

"We want the EU's next long-term budget to contain concrete conditions for countries to be able to receive financial support," answers the Liberals' Karin Karlsbro.

"The EU's trade agreement should also be used as a means of pressure to increase respect for democratic principles and human rights," writes the Left Party's Malin Björk.

The Christian Democrats' David Lega answers that the EU should introduce a sanction system for human rights violations, which means that people who violate human rights could be denied entry or freeze their assets.

Companies can also be involved in human rights violations. Mining, the agricultural industry and the extraction of oil and gas are sectors that are particularly dangerous for those who defend their rights. A solution to make companies take responsibility is a binding legislation that requires companies to carry out risk analyzes and action plans for how they deal with threats to human rights.

Six out of eight parties want such legislation to be introduced at EU level, which is gratifying.

"I think the EU should review the need for more binding corporate responsibility rules. Our delegation in the European Parliament has therefore voted in favor of this, while at the same time emphasizing the importance of actually implementing the existing guidelines from the UN and the OECD ", writes Jytte Guteland, current EU parliamentarian for the Social Democrats.

The moderates' Tomas Tobé, on the other hand, answers that they would rather see the issue of Swedish legislation investigated before a decision is made at EU level. David Lega from the Christian Democrats writes that they do not want binding EU legislation but believe that this work should take place within the framework of the World Trade Organization WTO.

Assistance should not go to stopping migrants

As the world's largest donor, the EU has great potential to contribute to change for people living in poverty or oppression. Unfortunately, we see that aid priorities are increasingly governed by the migration policy interests of the Member States, rather than the needs of people living in poverty. Aid money is used to stop people from fleeing, for example through border guards and support for military actors. This is completely unacceptable and Sweden's voice is needed here.

Most parties clearly say no to EU aid being used to prevent migration. "No! Absolutely not ", answers the Green Party's Alice Bah Kuhnke.

"The EU should not hinder migration, but take a legally secure and joint responsibility for refugees," said Soraya Post, Feminist Initiative. The Center Party's Fredrick Federley replies that "EU aid money should go where it does most good, not to prevent migration".

The Moderates and the Christian Democrats do not give as clear a message. Both parties believe that aid should contribute to peace and prosperity in our immediate area and thereby prevent migration. The Liberals believe that aid can be used as an incentive for recipient countries to accept citizens who have been denied asylum in the EU.

The European Parliament will face major challenges in the coming years at a time when those who defend their rights are threatened with death, critical voices are silenced and the fundamental values ​​of the EU are eroded. The Swedish EU parliamentarians must stand up for aid that does not focus on stopping migrants but actually reaches the poorest and rules that ensure that European companies are not involved in child labor or violence against human rights defenders. We want to see Swedish EU parliamentarians who are at the forefront of an active EU that stands up for democracy and human rights.

Forum Syd's survey went to the first three candidates in all the parties currently sitting in the European Parliament. 19 of 27 candidates surveyed responded to the survey. All parties surveyed except SD have contributed their positions. 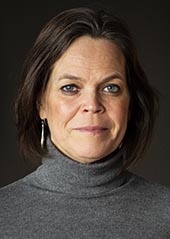