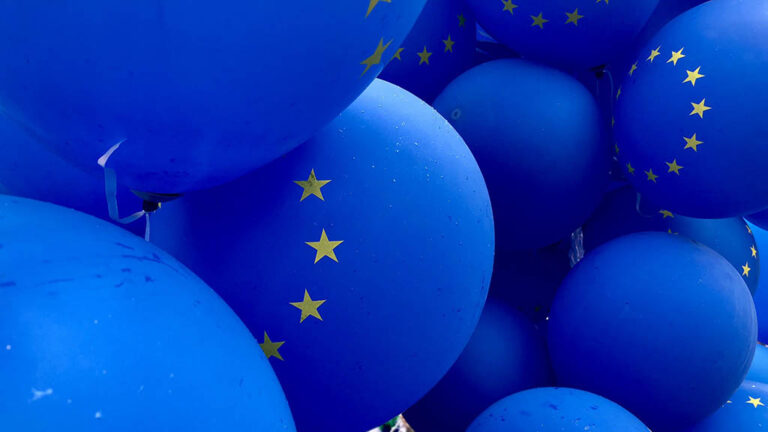 This week's debate has, as expected, been very much about the EU election. For many, it has been raised as a choice of fate - where a stance against right-wing populism is needed. But views on the EU differ.

"Vote in the EU election to defend what you believe in," writes Jean-Claude Juncker, President of the European Commission, on DN Debatt. Make your voice heard and influence the direction of EU policy over the next five years, he writes. Juncker believes in a united EU that together can achieve more. An EU that fights populism, an EU that strengthens our external borders and an EU that is part of trade agreements. Furthermore, Juncker emphasizes that the EU is a union with common values ​​where we help each other together, when we need each other the most.

In Today's ETC, Ana Süssner Rubinupp shows another image of the EU that provides a stark contrast to Juncker's view. Ana SüssnerRubin thinks that those who see the EU as a peace project are seriously mistaken. She believes that European countries have built an iron curtain along their borders and that the Union's increased militarization - through the border and coastguard authority Frontex - is unacceptable. Rubin also writes that the EU and the Western world have been involved in a number of different wars - including in Iraq, Afghanistan and Libya - which have led to the refugee flows we have seen in recent years.

"European politics is fundamentally changing before our eyes," writes Adam Cwejman in Göteborgs-Posten. The election result indicates that the classic bloc policy in the EU is being dissolved. The green parties and the right-wing populist parties around Europe have grown, and turnout around Europe has also increased.

Viktor Lundqvist writes in Svenska Dagbladet that Sweden is affected by China's control over the flow of information online through China's newly established model “new world media order”. Lundqvist refers to the fact that the Chinese embassy in Stockholm has tried to influence the Swedish media through its press releases. Swedish writers who have been openly critical of the regime have been called anti-China and accused of spreading misinformation.

"Vote in the EU election to defend what you believe in"
Jean-Claude Juncker, Dagens Nyheter Debatt

"Swedish soldiers have nothing to do in Iraq"
Lars-Gunnar Liljestrand, Svenska Dagbladet

Ravneet Singh is a non-profit member of FUF's editorial staff.